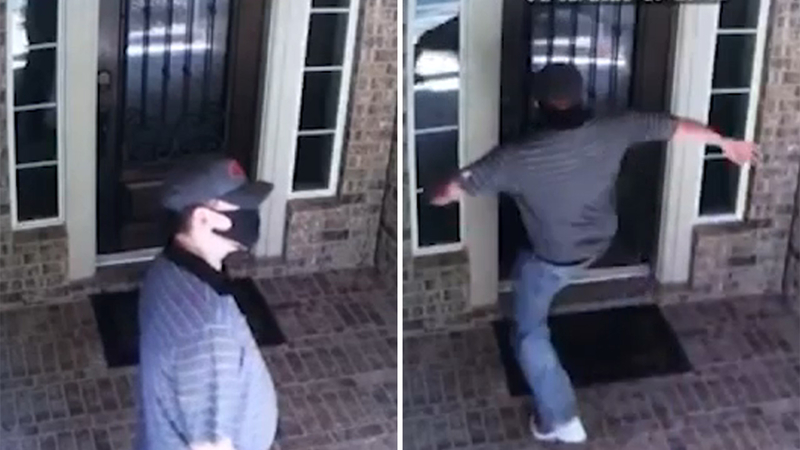 ATASCOCITA, Texas (KTRK) -- A burglar didn't have much trouble when it came to breaking into a home in the Groves subdivision in Atascocita.

Harris County Constable Precinct 4's Office shared surveillance video of the April 8 incident, in which the suspect broke through the front door with just a single kick.

Moments before, the video shows the suspected thief ringing the doorbell and looking around for a moment to make sure no one was home. Once he was in the clear, the suspect kicked the door of the home, which set off the alarm.

Authorities with Precinct 4 responded to the scene, but by the time they arrived, the suspect was gone.

Deputy constables cleared the home and found the door to a safe was open. When the homeowners arrived, they told authorities that four guns, a wallet with cash, debit and credit cards, and a Rolex watch were taken.