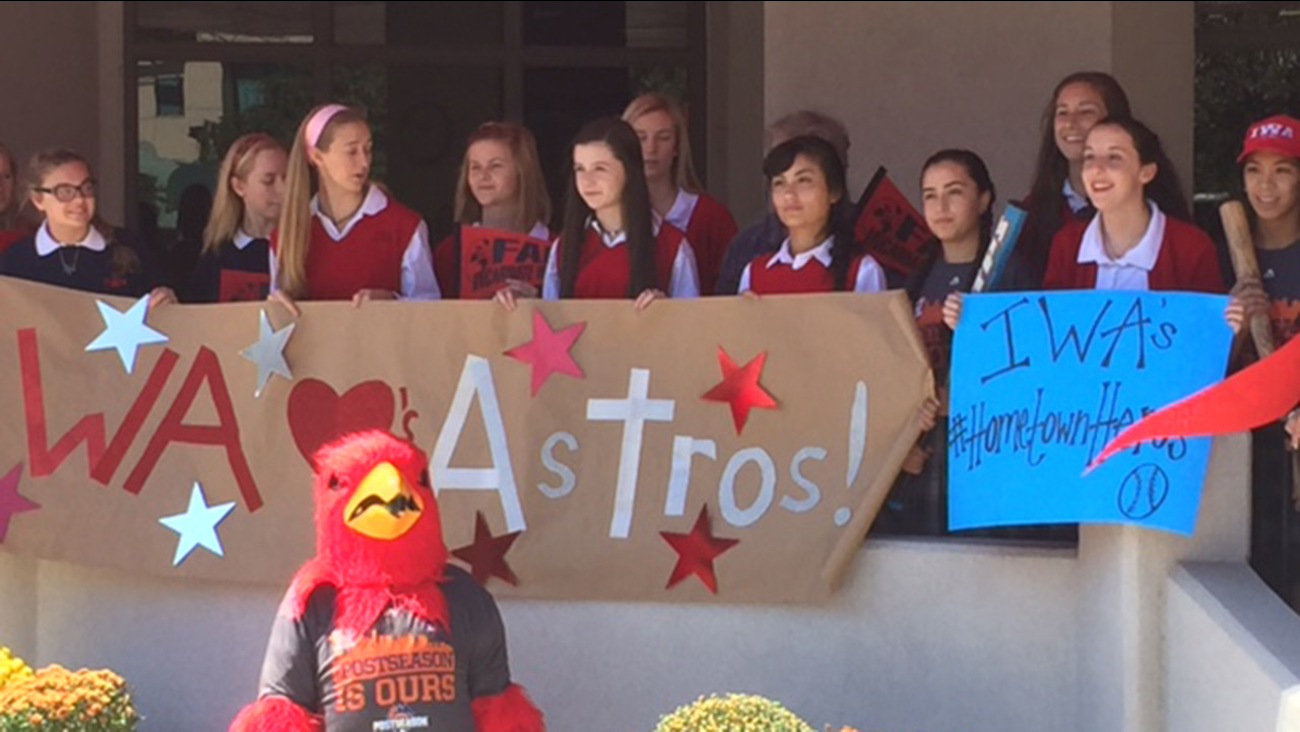 There've been plenty of buyers of t-shirts and more. Among them, students at neighboring Incarnate Word Academy, who were in full playoff mode Monday.

"I don't know," they replied to a question about who the patron saint of baseball may be. "We'll just pray to all of them.

The venerable Catholic school has a history with the Astros. Its parking lot makes money on game nights, when game-goers pay to park close to the stadium.

The other connection is the late Sister Damien, whose love of the game endeared her to then-owner of the team, Drayton McLane. He provided her with box seats and a golf cart trip across the street to the stadium when it became difficult for her to walk.

Said Sister Lauren of Incarnate Word Academy, "I know she's looking down from heaven saying a blessing for the Astros for them to do well."

The school's athletic director, Rick Perez, who coaches the girls' softball team, said the success of the team is an inspiration to students.

"When we were in the World Series ten years ago, you had all the big names -- Bagwell, Biggio, Clemens and Pettitte," he said. "This team was a bunch of rookies a few years ago, and now they're proving themselves by being scrappy and doing whatever it takes to win."

So, in addition to the fondest hopes and dreams of Astros fans, the team has more than a few prayers being said as they try to stay in the playoffs.