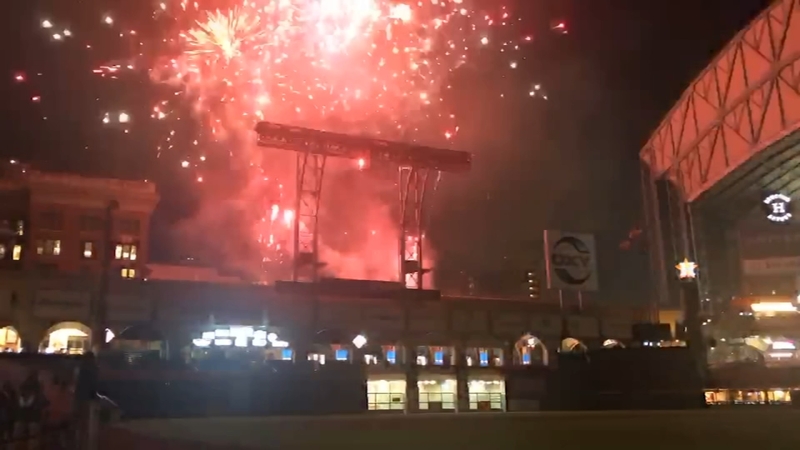 A fireworks display was set off to commemorate the 50th anniversary of the Apollo 11 landing on the moon.

This Saturday marks 50 years since the historic landing that put humans on the moon for the first time.

A half-century ago, in the middle of a mean year of war, famine, violence in the streets and the widening of the generation gap, men from planet Earth stepped onto another world for the first time, uniting people around the globe in a way not seen before or since.

Hundreds of millions tuned in to radios or watched the grainy black-and-white images on TV as Apollo 11's Neil Armstrong and Buzz Aldrin set foot on the moon on July 20, 1969, in one of humanity's most glorious technological achievements.