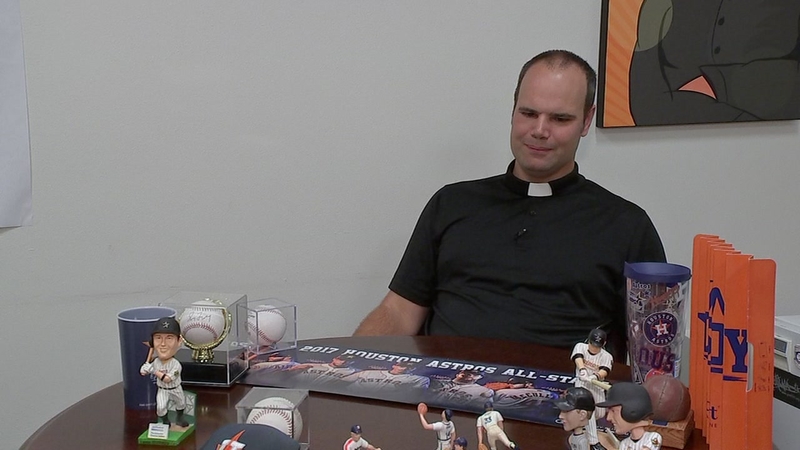 HOUSTON, Texas -- After a devastating loss in Game 5, Astros fans are asking all faithful Houstonians for their hand in prayer.

Tonight is Game 6 and it's a must win for the Astros.

A lifelong Astros fan, Father TJ Dolce says a lot of fans are asking for extra prayers in tonight's game.

"I think he doesn't really care who wins or loses, but he's watching," said Father Dolce. "His sons are out there playing their best and they are out there trying to give glory to God and the gifts that he's given them."

Father TJ will be at Game 6 in section 133 if you're looking to confess anything.