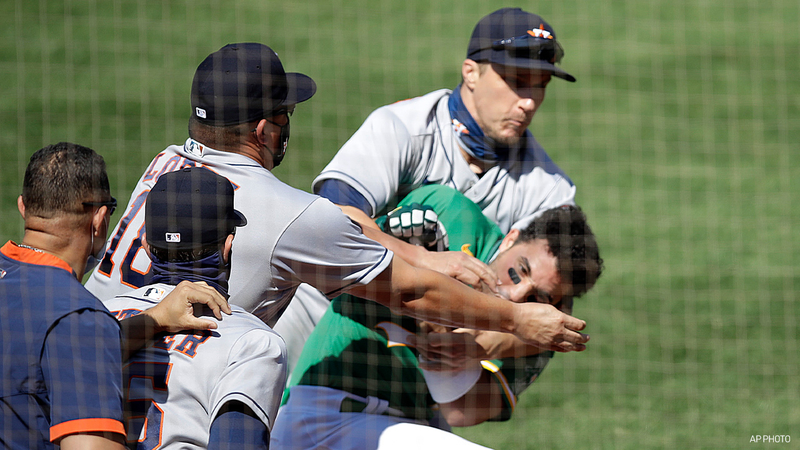 In order for the Astros to make it back to a fourth consecutive American League Championship Series, Houston will have to go through a familiar rival in the AL Division Series.

The Oakland Athletics won their Wild Card series against the Chicago White Sox, and will face the Astros. Both are AL West rivals.

Their series will be played at Dodger Stadium in Los Angeles, starting Monday.

Despite both teams finishing in the top-two in their division over the last three seasons, this will be the first time they will face each other in the playoffs.

In the regular season, the A's won seven out of the 10 games the two teams played.

But the most memorable part of their rivalry in 2020 was a bench-clearing brawl during an Aug. 9 game. You can look back to that moment in the video above.

Looking ahead in the 2020 postseason


Under the new playoff rules, the Astros, who are the No. 6 seed in the AL, were forced to play their Wild Card round in Minnesota.

If the Astros make it out of the ALDS, they would play the AL Championship Series at San Diego's Petco Park, which begins on Sunday, Oct. 11.