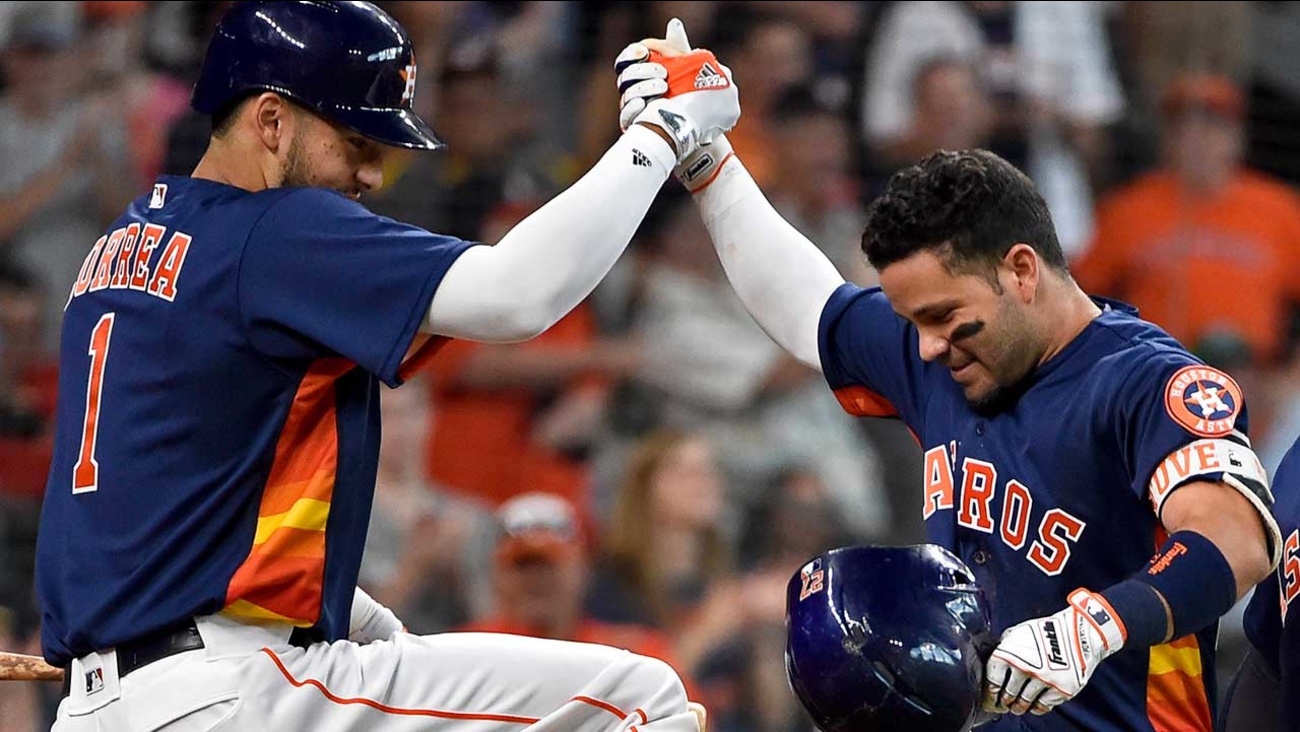 Astros: 1B Marwin Gonzalez left the game in the fifth inning when he sprained left ankle running to first base. He is listed day to day. ... C Jason Castro was out of the lineup for the second straight game after being hit on the back of his right hand on a foul tip in the ninth inning Friday. Manager A.J. Hinch said he was OK and should return soon.
Related topics:
sportshoustonmlbhouston astros
Copyright © 2022 by The Associated Press. All Rights Reserved.
TOP STORIES
HPD interviewing chase suspect about dad's death in Memorial area
Good Samaritan helps take down chase suspect in NW Harris County
Man accused of setting home on fire to hide mother-in-law's murder
Woman scammed out of earnings in latest scam targeting Uber drivers
Galveston man smuggled 2 men inside coffin, prosecutors say
Aldine ISD votes for no school on Fridays for next 3 weeks
Conroe ISD teacher accused of improper relationship with student
Show More
Survivor opens up about being 'groomed' for sex trafficking at school
Two cold fronts this week
Man denied heart transplant because he has not received COVID vaccine
Barry Bonds rejected from Hall of Fame; Big Papi elected
Who killed Liz Barraza? Reward now at $50K on murder's 3rd anniversary
More TOP STORIES News