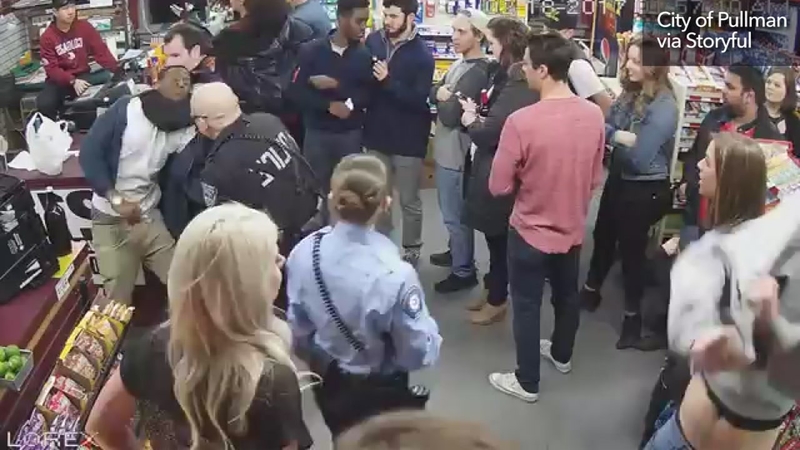 This incident led him to file a lawsuit for excessive force.

In surveillance footage from Bob's Corner Market, police can be seen throwing Broughton to the ground as he attempted to produce an ID requested by the officers.

Police responded to Adam's Mall shopping district after receiving a call alleging that a customer was attempting to make a purchase using a plainly fake bill.

However, the store called the police again a few minutes later, saying the issue had been handled, according to local media.

Pullman Police released a statement saying they take allegations of officer misconduct seriously, but "cannot comment further on matters that are in litigation."