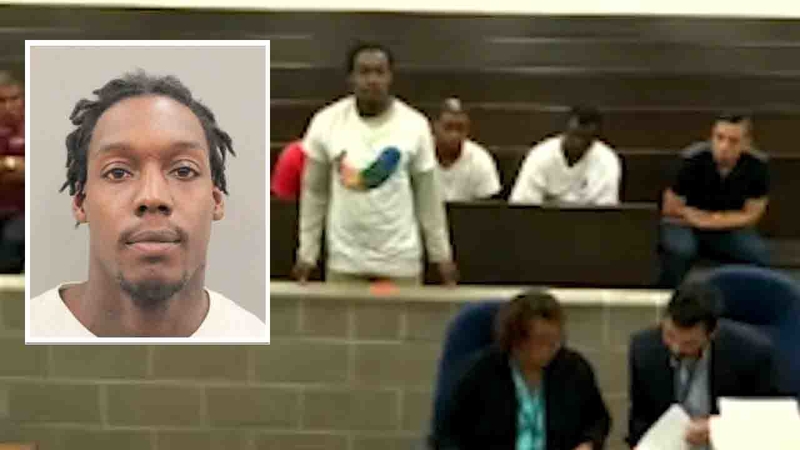 An Army veteran is accused of shooting his ex-girlfriend after telling her, "Let's play Russian Roulette."

The shooting happened Tuesday around 5:25 p.m. in the parking lot of the 24 Hour Fitness at 12708 Northwest Freeway.

Authorities say 34-year-old Brittiane Johnson was sitting in her car when Tucker drove up and got inside her vehicle.

They started arguing over whether she was dating someone new.

That's when Tucker allegedly pulled out a gun, emptied all of the bullets except for one and told Johnson, "Let's play Russian Roulette."

He then shot her in the leg, claiming it was an accident, police say.

During a court appearance Wednesday, the judge told Tucker, "I am very concerned about this young woman's safety. I think she likes you. I think she probably even loves you. But I think getting shot in the leg is not the route to go to show your love for her."

After the shooting, police say Tucker put Johnson in his pickup truck and drove her to Memorial Hermann Hospital Memorial City where he was detained by officers.

Johnson's injuries were believed to be non- life-threatening.

According to prosecutors, Tucker was carrying the gun illegally because of a prior assault conviction.

He has previously been convicted of assaulting the same woman and another person.