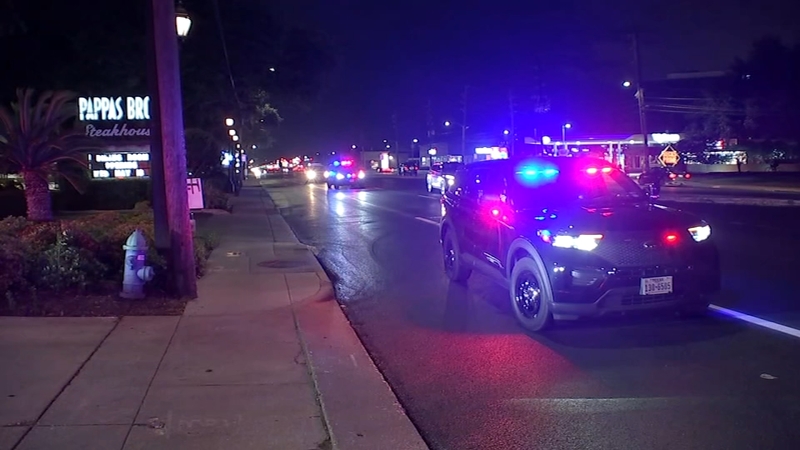 HOUSTON, Texas (KTRK) -- A carjacking suspect with an ankle monitor was busted overnight after an hour long chase in southwest Houston.

Police say this began Monday around 10 p.m. when officers spotted a car taken in an aggravated robbery. The driver took off from Fountainview near Highway 59 and led a chase all over the southwest side.

The chase ended on Westheimer near Bering and Chimney Rock where the driver and passenger fled from police.

During the search, a police dog found and bit one of the suspects that was hiding in bushes behind a building. Police say they also found a weapon in the bushes.

"He (suspect) currently has a warrant for aggravated robbery and he's also apparently on probation or something. He's got an ankle monitor on," HPD Lt. Larry Crowson said.