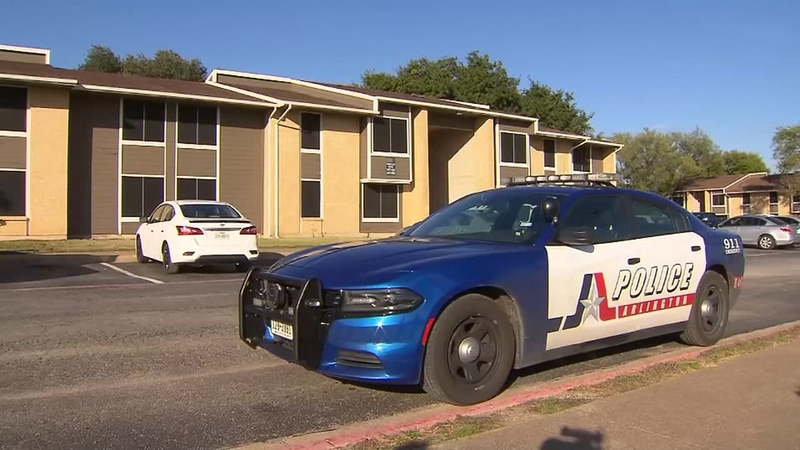 2 adults charged with injury to child

ARLINGTON, Texas (KTRK) -- Two adults have been charged in the death of a 2-year-old girl.

Early Saturday morning, police arrived at a home in regards to the toddler not breathing. She was taken to the hospital, where she died.

She was later identified as Aniyah Darnell. During the investigation, police charged Shamonica Page and Derick Roberson with injury to a child.

According to the affidavit, Page had started taking care of Aniyah for the child's mother in August. The suspect admitted to striking Aniyah with a belt numerous times as punishment.

Page also said Aniyah had a serious burn and that she chose to not to get her medical help for them. However, she wanted to try 'home remedies' on the child. Page said that despite the burn, she continued to hit Aniyah with a belt on the burn area.

Neighbors are stunned by the allegations and child's death.

"Very sad. Very, very sad. It shouldn't happen to anybody! I don't know what I'd do if anything happened to my grandkids," one woman explained.

There were two other children at the scene. They were released to child protective services.
Report a correction or typo
Related topics:
child abusemisconducttoddlerinfant deaths
Copyright © 2022 KTRK-TV. All Rights Reserved.
TOP STORIES
51-year-old on the run as suspect in corporal's ambush killing
Sergeant was to walk daughter down aisle until his hit-and-run death
Mom shares story of son's 'scary' battle with COVID complications
H-E-B's Scott McClelland retirement and what's next
Drying out but staying cool this week
LULAC set to sue Houston City Council for lack of Hispanic members
New security director aims to improve safety for Jewish organizations
Show More
IRS changes you should know before submitting taxes
Cause of death revealed for 23-year-old woman found dead after date
Texas among states suing Google over claim it's misleading consumers
Man accused of stabbing K-9 in The Heights now charged
'We knew something big exploded': ABC13 recalls moment of Watson blast
More TOP STORIES News