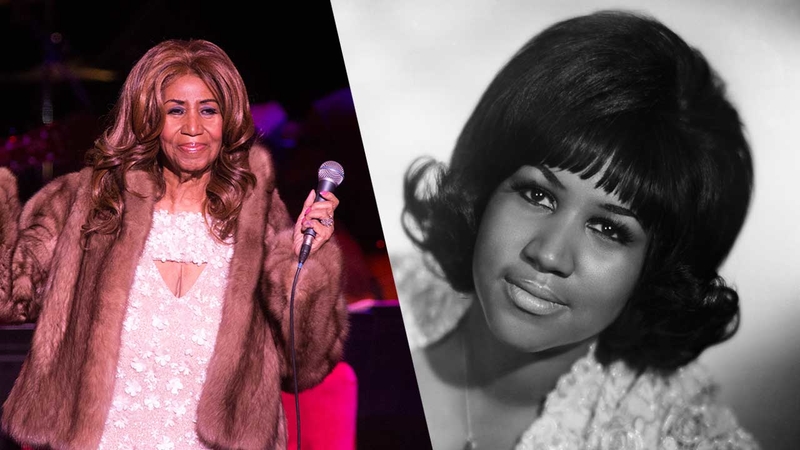 DETROIT, Michigan -- Aretha Franklin is reportedly in hospice care but she and her family remain hopeful she will recover, media outlets report.

The 76-year-old is in Detroit surrounded by loved ones and friends, according to a report by entertainment writer Roger Friedman of Showbiz411. AP also confirmed with a source, who spoke on condition of anonymity, that the singer is seriously ill.

CNN reported that the singer is in hospice care.

Stevie Wonder visited the singer on Tuesday at her home, her publicist, Gwendolyn Quinn, told the Associated Press. Quinn said that the Rev. Jesse Jackson and Franklin's ex-husband Glynn Turman have also visited.

Franklin and her family remain hopeful that she will pull through, her nephew, Tim Franklin, told People.

People also reported that Franklin has been ill for a long time, according to a friend. The friend said that loved ones have been warned that her death is 'imminent.'

Franklin has been battling numerous health problems over the years and had to cancel concerts last summer due to doctor's orders.

She said last year that she planned to retire but would still perform at "some select things." Her last performance was last November at the Elton John AIDS Foundation's 25th Anniversary Gala in New York.

Abdul "Duke" Fakir of the Four Tops told AP that he and Franklin are still close and had just spoken on the phone a week ago.

"She talked about this great, big special she was going to have in New York, with all her great friends performing," he said. "It made me feel good as well - she was still hoping and wishing and dreaming as we do in this business."

Showbizz411 seemed to confirm this, reporting about a special Franklin was planning with Clive Davis at Madison Square Garden in November to celebrate 60 years in the business.

The "Queen of Soul" is known for hits like "Natural Woman" and "Think," as well as iconic covers, such as "Respect" and "I Say A Little Prayer." She is one of the most decorated Grammy winners of all time with 18 trophies. Among her many other accolades, she was the first woman to be inducted into the Rock & Roll Hall of Fame.

On Monday night, Beyonce reacted to the news by dedicating her Detroit concert with husband Jay-Z to Franklin, according to the Detroit Free Press. Opening act DJ Khaled also got the crowd going with a tribute to Franklin.

My thoughts, my heart and my prayers are with Aretha Franklin, the greatest singer of all time, and all of her loved ones right now. ❤

Praying for the Queen of Soul 🙏🙏 #ArethaFranklin pic.twitter.com/5cfNPrQrq3

My prayers are with Aretha Franklin & her family during this difficult time 🙏🏾 LOOK BELOW @ what I tweeted at the top of the year we MUST CELEBRATE the Living Legends while they are here to see it. So many have given us decades of Timeless music...❤️ https://t.co/VVacLxcMSI

Praying for Aretha Franklin and her family right now! ❤️🙏🏽