Philadelphia Sixers sign teen with Down Syndrome to NBA contract

The team announced Monday they are signing the senior to a ceremonial two-day contract.

Signing the two-day contract caps an amazing week-long run in the national spotlight for the Bensalem, Pennsylvania High School senior.

Last week, Action News' Jeff Skversky reported on the 18-year-old whose story garnered attention from around the Delaware Valley.

"We said two minutes and you take advantage of your two minutes of fame. His life will be changed forever," said Earl Grow, father.

The teen, who has Down Syndrome, was the high school team's manager for the last four years.

Then, his coach let him suit up for the final two games of the season.

Grow scored three points in his debut game. The next day he scored 14 points, four of them were three pointers - including one right at the buzzer.

"That's awesome. There's nothing like that really to see him out there, he's great," said Michael Carter-Williams.

On Tuesday night, Grow will be on center court with his new teammates when the Sixers take on the Cavaliers at the Wells Fargo Center. His Bensalem teammates haven't been forgotten they too will be recognized.

"His teammates have been great throughout the four years. They've always included him. They mess around with him. They really make him feel like part of the team," said Dorothy Grow, mother.

The Sixers are making Grow feel like part of their team, even taking tips on their own three point shots.

Grow will also get his own custom Sixers jersey.

It was another memorable night for an inspirational young man. 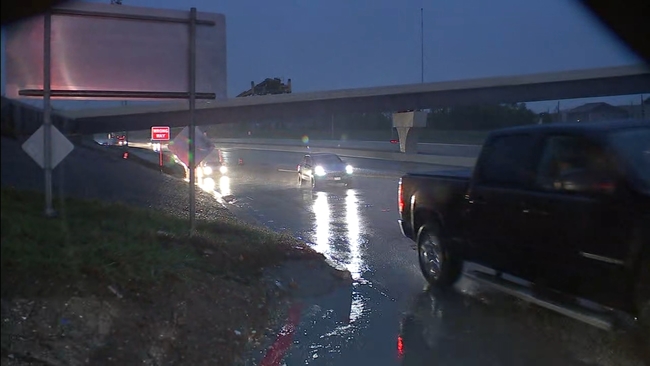 Rain expected to clear out of Houston area later today
Hwy 288 reopens after Beta turns it into lake
METRO resumes service for bus, METRORail, and Park & Ride
Check bayou and rainfall levels in your neighborhood
Video tour of severe weather around Houston Tuesday night
Show More
Body found during search for missing fisherman in Brays Bayou
100k gallons of wastewater spilled in 5 Houston locations
How to find your vehicle after it has been towed
Thousands expected to honor Ginsburg at Supreme Court
Trick-or-treating is 'high risk' during COVID-19, CDC says
More TOP STORIES News