Police say speed was the factor in the 9am fatal crash on I-10 westbound near Park Ten. Police say the driver of a gray Chevrolet Tahoe was heading west when his vehicle struck a silver Chevy Impala.

"The traffic was very heavy. It was very packed. Very non-moving, very slow," said Josh Macias, who works near the location of the wreck.

That wreck happened just after nine, shutting down the west bound lanes and tied up traffic for a couple of hours. Workers at local businesses like burger tex grill say the impact left many commuters trapped in the congestion and some late for work.

Houston police crash investigators say this accident happened as a result of the unidentified driver of the Tahoe failing to control his speed.

They say the truck rammed into the Impala, killing a 59-year-old man who was in its passenger seat and injuring the car's 21-year-old driver. That passenger died at the scene.

The injured driver was rushed to Memorial Hermann Hospital by helicopter.

No criminal charges have yet been filed, as the investigation into the fatal crash continues.

The crash tied up traffic for about two hours at the peak of rush hour. 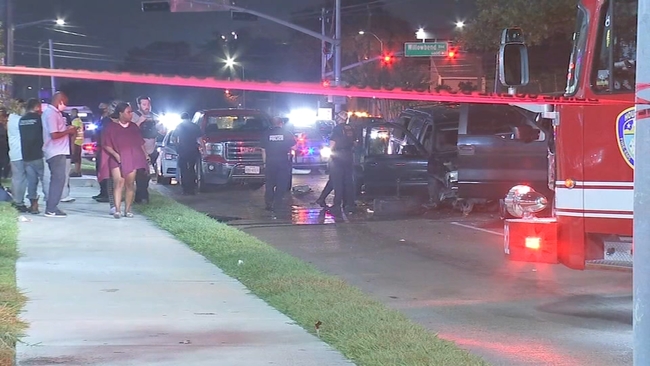