We're also learning a little more about what investigators are looking at when it comes to what started the fire.

Investigators won't talk in great detail, but they tell us that eyewitness statements combined with other evidence lead them to believe the deadly fire could have started in only one part of the building.

Captian Matthew Renaud, firefighters Robert Bebee, Robert Garner and Anne Sullivan all died when the roof collapsed on them Friday during the inferno. We now know that was near the northeast portion of the building.

They were inside the Southwest Inn looking for civilians who they thought may have been trapped. Investigators on Tuesday said a contributing factor to that roof collapse could have been several layers of roofing material they've now discovered was on the building.

"There are a few layers of roof," said Arthur. "That is part of the investigation, on the load bearing of the structure."

It will be months before investigators release their final report about the fire. Meantime, preparations are being made inside Reliant Stadium for tomorrow's public memorial. They are expecting 30,000 to 40,000 people in attendance. Before the service there, though, firefighters from around the country and the globe, as far away as Australia even, will be marching in a procession into Reliant.

"Making a public display of our loyalty, our love, our dedication to making sure that their memories are honored," said Captain Scott Wilkey with the Houston Fire Department.

Firefighters are not the types of people who sit still while others are in need. They've started selling T-shirts with the names of each of the fallen firefighters emblazoned on the back. One-hundred percent of proceeds go to the 100 Club.

Veteran firefighter Victor Vaesa says he will wear his proudly.

"It hurts everybody. We're all hurting, but we're gonna get through it."

The Memorial at Reliant begins at 10am. If you can't make it there, you can watch it live on ABC13 or streaming live on abc13.com or on our free mobile apps.

Parking will open at 7 a.m. The public entrance will be off of S. Main with signs and directions directing the public to the parking area. The Memorial Procession will begin at 8 a.m. and the public may view the procession from the south parking lot of Reliant Stadium and on the Skywalk across Kirby Drive. Kirby Drive will be closed both directions between La Concha Ln and 610 S Loop from 8 a.m. until 10 a.m. for the Firefighters Memorial Procession.

Reliant Stadium will open at 8 a.m. and the service will began at 10 a.m. with the prelude by Musicians of the Houston Symphony and will include the following:

INVESTIGATORS ASKING FOR HELP
The cause of the fire at the Southwest Inn is still under investigation. The Houston Fire Department Arson Division is taking the lead, with assistance from the State Fire Marshal's Office, the Bureau of Alcohol, Tobacco, Firearms and Explosives and the Houston Police Department.

An HFD spokesperson tells us that Arson investigators are now seeking witnesses to the tragic blaze. Anyone who has information that may help investigators is urged to call 713-247-8900.

HOW YOU CAN HELP
The 100 Club is supporting the victims and families. Anyone interested in donating can do so online at the100club.org. 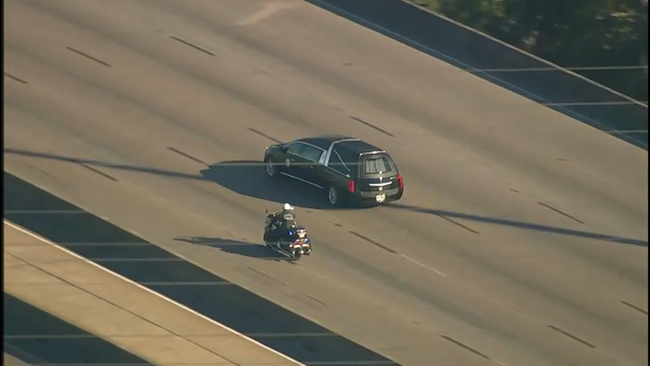