The award was presented during a ceremony for retired Detective Jim Leavelle. Police Chief David Brown said the detective of the year award will be named in Leavelle's honor.

Leavelle, 92, joined the Dallas police force in April 1950. He was among the lead detectives assigned to investigate the Nov. 22, 1963, assassination of President John F. Kennedy.

In accepting the honor, Leavelle said he was thinking of other deserving officers, including Officer J.D. Tippit, who was shot and killed by Oswald.

Leavelle said being an officer was a job he always enjoyed, and took a pay cut to pursue a career in law enforcement.

In brief comments after the presentation, Leavelle said that when he saw an armed Jack Ruby approach in the basement of Dallas police headquarters, he tried unsuccessfully to jerk Oswald behind him to shield him from harm.

"You don't stop and think," Leavelle said. "You have to react." 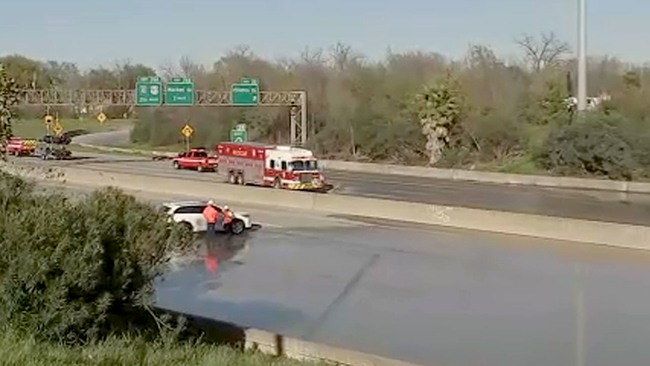