Investigators stumbled upon that meth operation while responding to another call. A burglary was reported Monday evening at the house next door on Bolton Bridge Lane near Walnut Ridge. When deputies responded to that, they noticed a strange smell in the air and that's how this whole bust started.

Nieghbor Diego Umanzor said, "Just last night when they opened the garage, I was like, man, that stinks!"

Deputies hauled 32 pounds of crystal meth out of a house in Humble.

In total, deputies say, the 10 large bags of meth are worth 2 and a half million dollars.

A Houston firefighter who lives next door called 911 after discovering someone burglarized his home.

"The front door was kicked in," he said. "They took some property that was inside."

He had no idea his call would lead to one of the biggest meth busts deputies say they've handled in quite some time.

"They were in the middle of making more," said Lt. Cupit with the Precinct 4 Constable's Office. "They had a large quantity of what we call cookies, still not broken up into crystal meth."

Deputies first arrived at 9pm Monday. Noticing the back door was wide open, they walked right into an extensive drug lab. They left to get a search warrant, then came back at 1am to launch an investigation and confiscate the homemade drugs.

A putrid smell lingered over the street the day after.

"Like fish and other chemicals, that's it," summarized Umanzor.

Given the flammable, hazardous and toxic nature of the chemical concoction, left unattended, that firefighter says he may have made that burglary call just in time.

He said, "You've got to kind of wonder, because, like, the incident that happened in West, Texas, also, you know."

No residents have returned to the home since Monday night, so no arrests have been made in the case. Deputies are still looking for the homeowners. They're asking anyone who knows them to call Crime Stoppers at 713-222-TIPS. 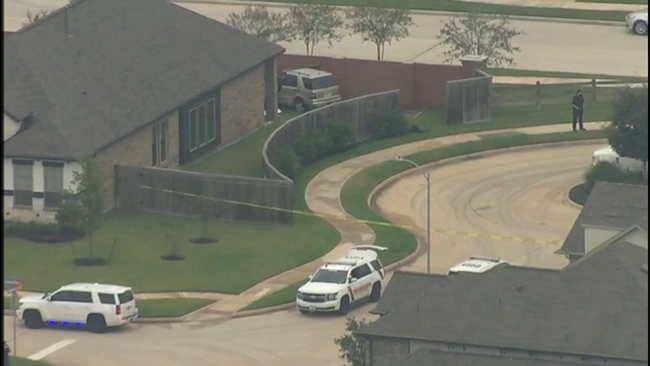