ktrk
By ABC13
ORLANDO, FL Anthony was sentenced to four years in jail earlier Thursday, but she is receiving credit for the time she has already served as well as good behavior. She has been in jail for nearly three years. Anthony was acquitted of murder in the death of her child Tuesday. Earlier Thursday While acquitted of killing and abusing her 2-year-old daughter Caylee, Anthony was convicted of four counts of lying to detectives trying to find her daughter in July 2008. She lied to them about working at the Universal Studios theme park, about leaving her daughter with a non-existent nanny named Zanny, about leaving the girl with friends and about receiving a phone call from her.

Her defense attorneys argued before sentencing that her convictions should be combined into one, but the judge disagreed. Judge Belvin Perry also fined her $1,000 on each count and said attorneys for both sides will have to decide exactly how much time she should be credited for.

At the time of the girl's disappearance in June 2008, Anthony, a single mother, and Caylee were living with Anthony's parents, George and Cindy Anthony, in suburban Orlando. No one has come forward as the child's father.

Prosecutors contended Anthony, then 22, suffocated Caylee with duct tape because she was interfering with her desire to be with her boyfriend and party with her friends.

Defense attorneys countered that the toddler accidentally drowned in the family swimming pool. They said that when Anthony panicked, her father, a former police officer, decided to make the death look like a murder. They said he put duct tape on the girl's mouth and then dumped the body in woods about a quarter-mile away.

The defense said Anthony's apparent carefree life hid emotional distress caused by sexual abuse from her father. Her father firmly denied both the cover-up and abuse claims. The prosecution called those claims absurd, and said no one makes an accident look like a murder.

Anthony stopped staying at the family house after the girl disappeared. She told her mother by phone that she and Caylee were spending time with friends. When Cindy Anthony asked to see Caylee, she says her daughter told her a series of lies: that they were in Jacksonville with a rich boyfriend Anthony concocted; that Caylee was with Zanny; that Zanny had been in a car crash and they were spending time with her in the hospital.

In mid-July 2008, Cindy and George Anthony were contacted by a towing yard that their daughter's car had been impounded for being abandoned and would be junked if not claimed. When George Anthony picked it up, he and the tow yard manager said it had the overwhelming stench of human decomposition. The defense said the smell was caused by a bag of trash that was in the trunk.

In one of the biggest and most important fights of the six-week trial, a prosecution scientist said the trunk contained air molecules consistent with a human body having decomposed there -- but the defense questioned his methods and said they were unproven.

Jurors declined to talk with reporters immediately after Tuesday's verdict. But juror Jennifer Ford told ABC News in an interview that it was because "we were sick to our stomach to get that verdict."

"We were crying and not just the women," Ford said in an interview posted on the network's website Wednesday night. "It was emotional and we weren't ready."

Ford, a 32-year-old nursing student, said the case was a troubling one.

"I did not say she was innocent," Ford said. "I just said there was not enough evidence. If you cannot prove what the crime was, you cannot determine what the punishment should be."

The prosecution didn't paint a clear enough picture of what happened to Caylee, Ford argued in a portion of the interview broadcast Wednesday night.

"I have no idea what happened to that child," Ford said.

As the sentencing was announced, Flora Reece, an Orlando real estate broker, stood outside the courthouse holding a sign that read "Arrest the Jury."

"At least she won't get to pop the champagne cork tonight," Reece said of the judge's decision to keep Anthony in jail for now.

The crowd of a few dozen emotionally charged protesters occasionally chanted "justice for Caylee." A handful of Case Anthony supporters also stood outside the courthouse, separate from her angry detractors. 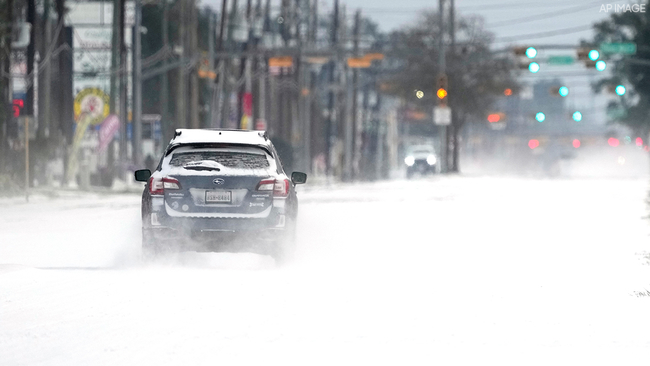