And now the dental hygienist and mother of two is about to tell them her secret.

The women lean forward in their seats. They're the latest disciples of extreme couponing; women who carry pictures of their overflowing pantries on their cell phones; savvy shoppers who will spend hours flipping through newspaper and magazine advertisements in search of their bargains, and homemakers who have pinched pennies to put food on the table during the recession and need the extra help.

Most have watched the television series "Extreme Couponing," which debuted on TLC in April and follows shoppers whose intense devotion to finding bargains can whittle a $555.44 grocery store bill down to $5.97, to cite one extreme example.

Heather Border, a 36-year-old mother of four in rural Idaho, is a new to the extreme coupon phenomenon. But she was hooked a few weeks ago, after coupons and store deals brought her $180 grocery bill down to $40.

"I was feeling a little conspicuous because people were staring at me," Border said. "Then, I felt a rush."

She was among about 20 women who attended an extreme coupon class on a recent Saturday in Boise. The three-hour course was taught by Knight and her business partner, Cathy Yoder. They own the extreme couponing blog, "Fabulessly Frugal."

The women oohed and awed as Knight pulled out the fat binder of coupons that saves her 50 percent to 90 percent on every grocery bill. She showed off pictures of the stockpile of food at her home, where 46 boxes of cereal are stowed in her children's bedroom closet and packages of breakfast drink mix are kept under a bed.

In their class, Yoder and Knight warn against some of the practices that have given extreme coupon cutters like themselves a bad rap.

They instruct their students to be kind to their cashiers. They encourage them to stockpile food to help their families, but caution against "hoarding" or clearing shelves of items that their families don't need or won't use. They also warned against photocopying coupons, which can place stores on alert and ruin deals for everyone.

"I think the stores are a little freaked out because of the television show," said Knight, who advises her students to keep a copy of grocery store policies on hand during shopping trips in case problems arise.

Even before the "Extreme Couponing" series, grocery stores were put on alert about counterfeit coupons that were circulating online. The National Grocers Association issued a warning in 2009, as couponing made a fierce comeback during the peak of the recession.

The coupon-processing company Inmar Inc. reported coupon use doubling in the first half of 2009 compared with the same period a year earlier,

The Internet has also bolstered coupon use, with a wide range of online promotions, databases of coupons and bloggers who regularly post about the best deals.

"This is a whole new ballgame," said Glenda Glisson, 63, who attended the extreme couponing class in Boise.

The Kroger Co., which operates the nation's largest traditional grocery chain, launched a website about 18 months ago that allows customers to download coupons to their store discount cards or onto home computers to print. The site added a mobile phone coupon app last year.

The so-called extreme couponers make up a small portion of customers and Kroger has not been forced to limit coupon use because of the trend, he said.

"But we're certainly keeping an eye on the industry," Dailey said.

Yoder started the blog about three years ago for family and friends. She knew Knight, who had also started to clip coupons, from her church and the two started blogging together in November 2008. A few months later, Yoder learned that she was pregnant with her seventh child, and then her husband lost his job.

Her family, however, had a reserve of food to fall back on thanks to coupons, Yoder said.

During her best shopping trip, she purchased 165 boxes of cereal for about $14.

It wasn't long before Yoder and Knight realized their extreme coupon website could make money. The site features advertisements and they get paid per click on about 75 percent of the coupons found on the website, Yoder said. They made $35 the first month it featured the coupons, she said.

"We make that in an hour now," said Yoder, who now supports her family with the website, which gets about 30,000 hits per day.

The coupon craze is both good and bad, she said.

On one hand, she makes a living off it.

"At the same time there's just an increased level of frustration for everybody," she said in reference to the long lines and sometimes empty shelves.

Yoder and other extreme coupon cutters acknowledge some participants do cross the line.

In Idaho, two newspapers reported this month that coupon inserts were being stolen from their racks. The state's largest newspaper, the Idaho Statesman, set up a sting in Boise and filed a police report after a woman was caught pulling the ads from more than a dozen copies.

In nearby Nampa, a woman said she was banned from Wal-Mart stores because of an argument over her use of a competitor's coupon.

"We should have accepted the coupon, and we understand that this could have been handled differently from both sides. I've since reached out to the customer and invited her back to our store," said Lorenzo Lopez, a Wal-Mart spokesman based in Arkansas.

While some newspapers have reported thefts, several have also reported that sales are up with help from coupons.

In Washington state, the Columbia Basin Herald reported single copies sales were up 12 percent in May, compared to the previous year. The newspaper reported that more than 800 newspapers were sold at its Moses Lake, Wash., offices on a recent Wednesday afternoon.

While the coupon clipping trend is probably not a huge factor when it comes to newspaper circulation, the coupon business has been very healthy during the recession, said Rick Edmonds, a media business analyst at The Poynter Institute in St. Petersburg, Fla.

"I think, particularly with unemployment rates what they are, the phenomenon is going to be around for a while," he said. 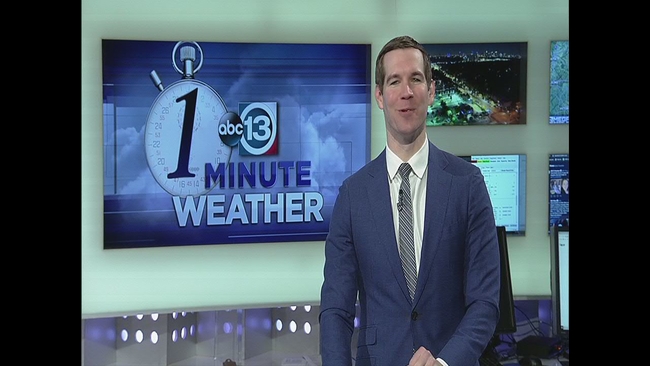