ktrk
By ABC13
HOUSTON It was July 2009 when Forensic Pathologist Mary Anzalone performed the autopsy on Sylvanus Okueleigbe at the Harris County Institute of Forensic Science. Before all the results were in, she got a phone call from the lead investigator at the Stafford Police Department. He recorded their phone conversation, something police often do. During their 38-minute recorded phone conversation, on at least two occasions Dr. Anzalone promised a thorough investigation. "I just try to make sure I've done everything. You know I just try to be fair, just try to tell the truth. I don't have anything to hide and I'm wide open if anybody wants to provide any information," the doctor said in the tape. While Dr. Anzalone pledges to be fair and open, it's what she goes on to say that has her in the crosshairs of an internal affairs investigation sparked by a complaint from unnamed law enforcement. "Defending himself? I mean, it sounds like he went out there and picked a fight," Dr. Anzalone said in the recording. She is referring to Tommy Harris, the off-duty Houston police officer who last week was acquitted in Okhueleigbe's death, which was ruled a homicide by asphyxiation. The phone conversation was evidence in the criminal case against Officer Harris. From one exchange in the recording: Dr. Anzalone: Have y'all been able to question him at all?
Investigator: No, he lawyered up.
Dr. Anzalone: When they lawyer up, they have no obligation to give any kind of statement?
Investigator: No, they can say I have a right not to incriminate myself.
Dr. Anzalone: OK, fine. Then mine is just going to be you know an asphyxial death. It's a homicide and they can explain it later.
Unnamed law enforcement accuse Dr. Anzalone of being biased and perceive many of her statements to be out of bounds, unprofessional and anti-police. Dr. Anzalone: I've got a gut feeling.
Investigator: Well, you're the doc, like I said, you've done 3,000 of these things.
Dr. Anzalone: They haven't all been exactly like this, but we've all done enough of these that, you know, it's just the same (expletive) in the punch bowl.
Administrators at the Harris County Institute of Forensic Sciences where Dr. Anzalone works say they are taking the complaint seriously. "We immediately consulted the county attorney and requested all court documents as well as transcripts so we're just in the initial stages of our own internal investigation," said Roxanne Mena of the Harris Co. Institute of Forensic Sciences. A source also told us that the president of the Houston Police Officers' Union plans to fire off a letter to Harris County commissioners later this week requesting that a much larger investigation be launched into the Medical Examiner's Office.
Copyright © 2021 KTRK-TV. All Rights Reserved.
TOP STORIES 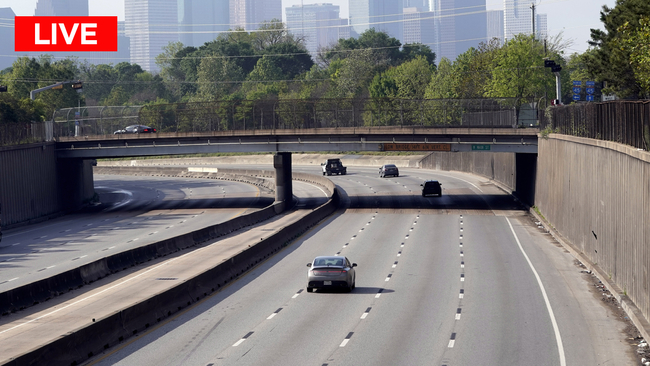