Joslyn Johnson is suing the City of Houston, the Houston Police Department and Houston Police Chief Harold Hurtt. Her husband was shot and killed by an illegal immigrant during a traffic stop in 2006. Juan Quintero is serving a life sentence for the murder.

In March of this year, an El Salvadoran national who was in the country illegally shot Officer Rick Salter during a drug raid. Salter spent months recovering. Then in June, a suspected illegal immigrant killed Officer Henry Canales during an undercover sting in southwest Houston.

Joslyn Johnson says these are prime examples of a breakdown in the system that's putting officers' lives at risk, and she hopes her lawsuit will bring changes in the department.

Houston Police Department policy forbids Sergeant Joslyn Johnson from speaking to us, but her attorney says she has thought long and hard about this. He maintains the lawsuit isn't about the money, rather it's about doing what's right.

Last May, a Harris County jury found Quintero, a criminal illegal immigrant, guilty of the 2006 murder of Houston Police Officer Rodney Johnson. Now on the third anniversary of her husband's death, Joslyn Johnson is suing the department she continues to work for in hopes of bringing about change.

"I think we all believe her husband would be alive if the policy had been different," said Ben Dominguez, Joslyn Johnson's attorney.

Dominguez says through this lawsuit, Joslyn hopes to streamline communication between officers on the street and federal immigration authorities by forcing HPD to reverse its policy that prevents police from contacting the feds directly.

"Whether by phone or computer or any equipment they have in their car to make the determination as to whether that person they have detained is criminally present here in the United States or not," said Dominguez.

In the lawsuit, which names Houston Police Chief Harold Hurtt as the defendant, Joslyn Johnson claims, "The Houston Police Department failed to discover Quintero-Perez's criminal alien status and failed to report him to federal immigration authorities despite detaining him or having him in custody on at least three separate occasions."

The lawsuit is drawing stinging criticism from advocates fighting for immigrants' rights.

He works closely with Houston's undocumented immigrant population. Velez believes reversing the policy would be devastating by leading to mistrust between members of that community and police.

"We don't have enough police officers on the street. This is an issue for the federal government. It's not for the city of Houston," said Velez.

In a letter back in March to Secretary of Homeland Security Janet Napolitano, Houston Mayor Bill White pleaded for help and asked the government to join a program that gives local law officers the same capabilities as an immigration agent. The capabilities include running the information on arrestees through a national database that is kept up to date, give state and local law enforcement access to the database and provide a seamless transfer of convicts who are illegal from local to federal authorities.

"The federal government is not out there on the street, HPD is," he said.

The City of Houston still hasn't signed up for the program which essentially gives local police the same capabilities as immigration agents. We attempted to reach the city attorney for comment but our phone call was not returned.

When 13 Undercover started investigating, Dolcefino found that some 400 illegal immigrants were charged with crimes in Harris County every month. 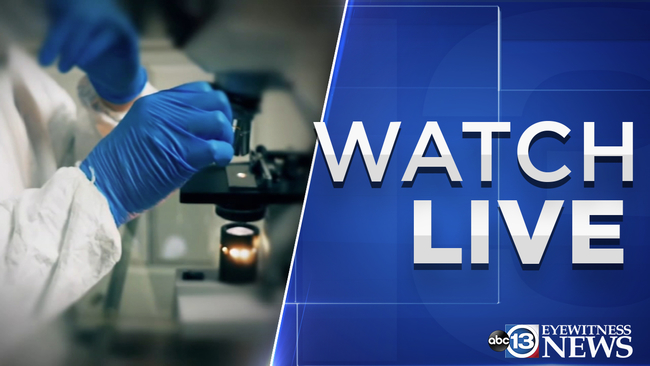