ktrk
By ABC13
LOS ANGELES, CA The fire was the largest of at least eight burning up and down California after days of triple-digit temperatures and low humidity. The Los Angeles-area blaze had burned at least 21 homes and was moving north, south and east through the rugged foothills northeast of the city.

Despite a lack of wind, the fire surged without letup by running through steep granite canyons and feeding on brush that had not burned for 40 years, fire officials said.

"It's burning everywhere," U.S. Forest Service spokeswoman Dianne Cahir said. "When it gets into canyons that haven't burned in numerous years, it takes off. If you have any insight into the good Lord upstairs, put in a request."

The fire had burned 134 square miles of brush and trees by early Monday and was just 5 percent contained.

About 12,000 homes, as well as communications and astronomy centers atop Mount Wilson, were threatened by fire. At least 6,600 homes were under mandatory evacuation orders and more than 2,500 firefighters were battling the flames.

But the lack of wind kept the fires burning mainly in canyonlands rather than racing downhill and roaring explosively through the dense suburbs that cluster at the base of the foothills.

On the blaze's northwestern front, two firefighters were killed Sunday when their truck drove off the side of a road on Mount Gleason near the city of Acton.

More than 20 helicopters and air tankers were preparing to dump water and retardant over the flames. Two Canadian Super Scoopers, giant craft that can pull thousands of gallons of water from lakes and reservoirs, were expected to join the fight later in the day.

On the blaze's northwestern front, two firefighters were killed Sunday when their truck drove off the side of a road on Mount Gleason near the city of Acton. Killed were Capt. Tedmund Hall, 47, of San Bernardino County, and firefighter Specialist Arnaldo "Arnie" Quinones, 35, of Palmdale. Hall was a 26-year veteran, and Quinones had been a county firefighter for eight years.

"Our hearts are heavy as we are tragically reminded of the sacrifices our firefighters and their families make daily to keep us safe," Schwarzenegger said.

With flames about a half-mile away from the communications and astronomy centers on Mount Wilson, crews planned to set more backfires and planes dropped fire retardant around the mountaintop complex, which hold transmitters for more than 20 television stations, many radio stations and cell phone providers.

Television stations said if the antennas burn, broadcast signals would be affected but satellite and cable transmissions would not be.

Two giant telescopes and several multimillion-dollar university programs are housed in the century-old Mount Wilson Observatory. The complex of buildings is both a historic landmark and a thriving modern center for astronomy.

The sheer length of the fire meant that it threatened homes ranging from scattered ranches to multimillion-dollar estates in luxury enclaves.

Mandatory evacuations were in effect for neighborhoods in Glendale, Pasadena and other smoke-choked cities and towns north of Los Angeles.

In La Crescenta, where the San Gabriel Mountains descend steeply to suburban neighborhoods, streets were nearly deserted Monday morning as smoke rose up some flanks of the towering peaks.

The fire generally appeared to be well up the mountains, but a pall of white haze burned eyes and throats, and some flames could be seen.

Schools were closed and police cars guarded some streets in the city's upper reaches so that only firefighters could get through. Los Angeles County sheriff's Deputy Pedro Castillo guarded a yellow police tape across Briggs Avenue, waving off residents who wanted to get through to check on their homes.

"You help us a lot by staying out of the area," Castillo to an anxious man.

"I want to help myself," he replied before walking away. At a corner house just below the restricted line, Rick Drobner stood in his driveway and watched plumes of smoke. He wore a heavy-duty filter mask.

Drobner, an artist and ceramist, said he and his wife and their cat had spent the previous night at a motel.

"We've been here almost 30 years. Every time we drive up Briggs, I look at these mountains, and every time there's a fire somewhere, I think ... what would happen if it happened here?"

"Well, here we are," Drobner said.

He glanced up at tall pine trees that surround his home. "These trees normally keep us shaded and cooler in hot weather and keep the dust out of the house," he said. "Right now, they are not necessarily a good thing."

An animal sanctuary called the Roar Foundation Shambala Preserve, six miles east of Acton, was in the mandatory evacuation zone, but fire officials decided removing the animals would be "a logistical nightmare," said Chris Gallucci, vice president of operations.

"We have 64 big cats, leopards, lions, tigers, cougars. ... The animals are just walking around, not being affected by this at all," Gallucci said. "But if we panic, they panic. But we are not in panic mode yet."

The preserve had a 22,000-gallon water tank, a lake and firefighting pumps, he said.

The National Weather Service said a red flag warning for extreme fire conditions remained in effect for the mountains of Central and Southern California.

Another 2,000 homes were threatened in San Bernardino County and a mandatory evacuation was under way in Oak Glen, an unincorporated scenic community of apple orchards near Yucaipa and about 90 miles east of downtown Los Angeles.

A 1.4-square-mile wildfire that began Sunday afternoon tripled in size overnight and was burning out of control in oak and conifer woodlands, said Norma Bailey, a U.S. Forest Service spokeswoman.

Flames dozens of feet high burned like huge candles near the farms.

"We know what's coming this afternoon, just the sheer heat and the low humidity," Bill Peters, a spokesman with the California Department of Forestry and Fire Protection in San Bernardino County, told KTLA-TV.

Some of the brush and trees had not burned for a century, he said.

The blaze was in rolling terrain and steeper foothills.

"The fire makes its own path," Peters said. "It just flows with the terrain. It'll run very quickly uphill and because of the dynamics and the decadent vegetation being so dry, it will drive itself downhill, where normally you need a wind to do that."

Meanwhile, a 3.8-square-mile blaze that began Thursday near the San Bernardino County town of Hemet was 95 percent contained and was expected to be fully surrounded Monday evening, Bailey said.

Northeast of Sacramento, a fire destroyed 60 structures, many of them homes in the town of Auburn. The fire had wiped out an entire cul-de-sac, leaving only smoldering ruins, a handful of chimneys and burnt cars.

Rick Lund, whose house is nearby but escaped the fire, stood at the end of the cul-de-sac of about 10 homes, watching firefighters attend to what once were the homes of friends and neighbors. "It's right there," he said, pointing to a house of his 11-year-old daughter's close friend. "Or it was."

About 30 people waited anxiously at an evacuation center in the Rock Creek Elementary School, including Pam and Stephen Incerty.

"If there's nothing there when we get back, we won't rebuild," Stephen Incerty said of their home on 5 tree-covered acres of rolling hills. "There'd be no trees, just dirt."

Hot, dry and windy conditions also helped fan a monthlong wildfire in rural Utah, where residents in the town of New Harmony were told to leave their homes as the blaze flared up over the weekend. The lightning-sparked fire has already destroyed three houses and blackened more than 12 square miles in the Pine Valley Wilderness area. 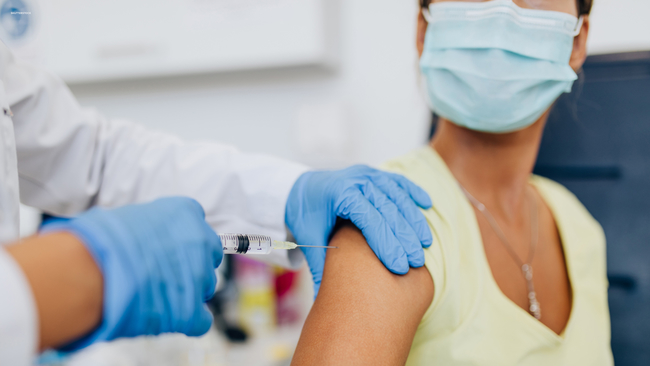