Stanford headed back to Houston

ktrk
By ABC13
HOUSTON Stanford is on his way back to Houston, but not in his private jet. He is reportedly spending Monday night in Oklahoma City, courtesy of the U.S. Marshals who are transporting him from Virginia.

Androphy said what happens next to Stanford depends on what U.S. prosecutors have to say. During Tuesday's hearing, the government will have to prove he's a danger to the community and a flight risk in order to keep him detained.

"He knew this was coming. If he wanted to leave, he would have left. Is he going to leave now that he's been indicted? The chances are even less," said Androphy.

Stanford is accused of running $7 billion Ponzi scheme, convincing investors to buy his supposed safe certificates of deposit from his bank in Antigua with promised returns that were too good to be true.

He was arrested on Friday in Virginia, along with six other major players in his financial empire.

"Could he get a fair trial in Houston? I suspect at this juncture, Stanford can," said Androphy. "Because his publicity hasn't been like Enron."

Androphy believes the big fight Tuesday will be over a possible bond for Stanford.

Stanford could face up to 250 years in prison if convicted on all charges. 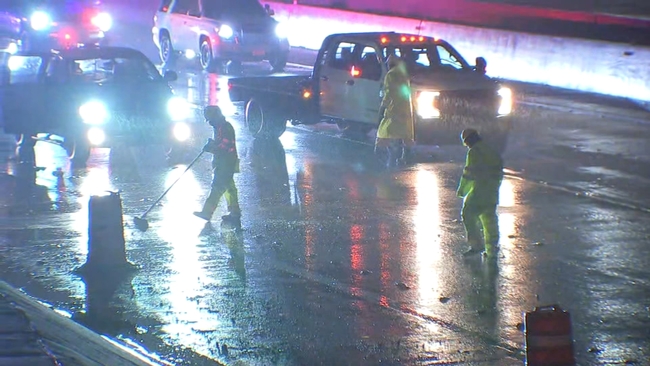 Hwy 288 reopens after Beta turns it into lake
Amber Alert issued for 3-year-old taken in stolen car in Dallas
METRO resumes service for bus, METRORail, and Park & Ride
Here's a recap of the news you need for Wednesday, September 23
Check bayou and rainfall levels in your neighborhood
Show More
Water receding in areas still flooded from Beta
100k gallons of wastewater spilled in 5 Houston locations
Video tour of severe weather around Houston Tuesday night
Body found during search for missing fisherman in Brays Bayou
How to find your vehicle after it has been towed
More TOP STORIES News