ktrk
By ABC13
HOUSTON Colvin spent five years with the Patriots and was a member of two Super Bowl winning teams, but was released by New England in February. He missed the last five regular season games and the playoffs with a foot injury.

Williams' 14 sacks last season tied for third in the NFL, but the Texans didn't get much pressure on the quarterback outside his work.

"My passion is rushing the passer," Colvin said. "It's something I feel like I do well."

The 30-year-old had 52 1/2 sacks in nine seasons with the Patriots and the Bears. The Texans have discussed the possibility of using him at defensive end as well as linebacker.

"I feel like I'm versatile enough to play a couple of different positions. So whether or not I'll be playing offensive line or quarterback, defensive end or linebacker, it remains to be seen," he joked. "As we try to go forward from here, the most important thing is that I remain healthy. I'll try to get my role and what that's going to be."

The 6-foot-3, 250-pound Colvin said he is healthy and glad to have a team to work with after being unemployed for almost four months. He hasn't had a chance to get in touch with any of his new defensive teammates, but has chatted with receiver Andre' Davis, with whom he played in New England.

Colvin's agent Kennard McGuire would not release terms of the deal, but when asked if it was a multiyear contract he said: "I think that you're going to see Rosevelt Colvin here for an extended period."

He signed with the Patriots in 2003 after back-to-back career highs of 10½ sacks with Chicago, but his first season in New England ended after just two games because of a hip injury. He returned to play three full regular seasons for the Patriots before last year's injury.

Colvin joins a defense that features Williams as well as first-round picks Amobi Okoye and Travis Johnson on the line and 2006 Defensive Rookie of the Year, linebacker DeMeco Ryans. He said the opportunity to start over with a young defense is exciting for him.

"New faces. New situations. New team. Hopefully same old Rosey, which is a guy that goes out works hard and does everything he can to make plays and win games," Colvin said. "Sort of the icing on the cake is the young guys that they have, that they've been able to develop the last couple of years on the defensive side of the ball."

The signing reunites him with Texans general manager Rick Smith, who recruited him out of high school to play at Purdue. He said Smith had to work a bit harder to get him this time.

"A little more convincing had to come this time around, because I'm 30 years old," said Colvin, who is married and has four children. "I'm at a point in my life where there are other priorities. Back then, it was just me I had to worry about." 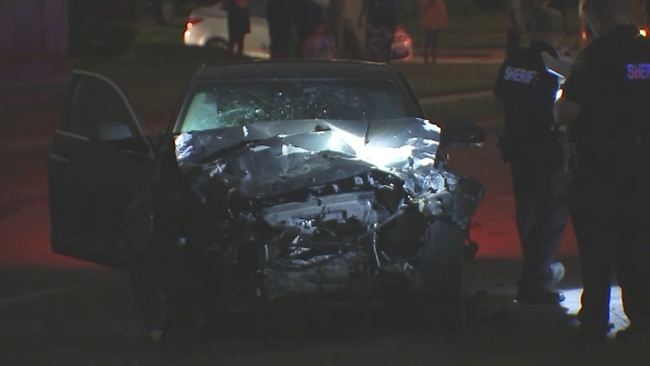