ktrk
By ABC13
NEW YORK Edward Marquette, 46, was arraigned and released without bail Thursday on charges of falsifying business records and offering a false instrument for filing.

"We will not tolerate this kind of behavior at the Department of Buildings," buildings Commissioner Patricia Lancaster said at a news conference. "I do not and will not tolerate any misconduct in my department."

Marquette, who earns $52,283 a year as an inspector in the department's division of cranes and derricks, was arrested while being questioned Wednesday night, said Barbara Thompson, spokeswoman for the Manhattan district attorney.

If convicted, Marquette faces up to four years in prison. His lawyer, Kate Moguletscu, had no comment Thursday.

The 20-story crane broke away Saturday from an apartment tower under construction and toppled over, killing six construction workers and a visitor in town for St. Patrick's Day.

A complaint about the crane was logged March 4 to a city hot line, officials said, and Marquette said he inspected it. It was later determined he had not.

Lancaster said it is very unlikely an inspection would have prevented the accident because the equipment that failed was not on site March 4.

In addition to suspending Marquette, Lancaster said, she has ordered a full audit of his inspection reports over the past six months, and also of the cranes and derricks unit.

The crane collapse caused a swath of destruction along a full city block not far the United Nations, pulverizing a four-story brownstone and damaging at least seven other buildings.

The gigantic piece of machinery toppled over when a six-ton steel collar used to secure the crane to the building came loose, plunging into another collar that acted as a major anchor. Without that support, the spindly structure came tumbling down with terrifying force.

The collapse followed weeks of complaints by neighbors that the crane didn't appear safe. Bruce Silberblatt -- a retired contractor who called in the complaint that the crane might not be sufficiently braced against the building -- said the arrest stunned him.

"My first reaction was astonishment. My second reaction is anger that a person would have the gall to do this," said Silberblatt, vice president of the Turtle Bay Neighborhood Association.

Investigators first interviewed him Sunday and got a copy of his route sheet. He told them that he had conducted the March 4 inspection and that it revealed no problems with the crane.

Marquette was also listed in city records as having responded to a Jan. 22 complaint by another caller who complained about the safety of workers assembling the crane. Marquette said in his report, filed two days later, that he examined the crane and found no violation.

Other safety complaints were called in by neighbors on Jan. 10 and Feb. 11, according to city records. Residents said they weren't surprised by the arrest.

"It makes me very suspicious of the whole situation. I'd like to feel that it's safe to live in this neighborhood with all the construction going on," Sandra Graham said. "If he's been arrested, I think he should be made an example of."

Earlier, city officials said they had started inspecting every construction crane in use around New York City, though authorities have said there's no indication that Saturday's accident points to a larger problem. 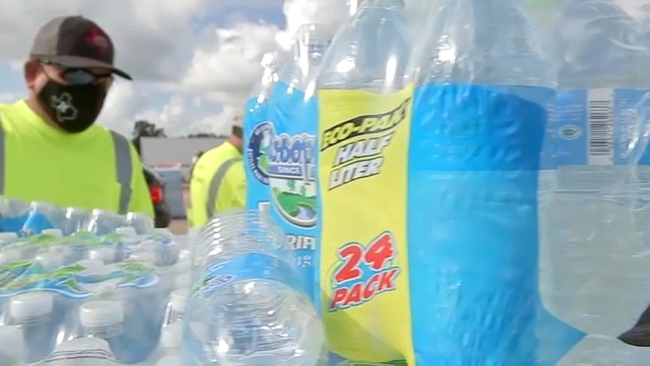