HOUSTON (KTRK) -- Ten people were injured when a three-alarm fire broke out at an apartment complex in northwest Harris County.

The fire started at 3:10am at the Villages of Copperfield apartment complex at 8727 Point Park Drive near Highway 6.

"The investigation found that the fire was accidental caused from a person falling asleep while smoking. Ten residents were injured while escaping the fire by jumping to safety. Eight were transported to a local hospital and two treated at the scene," said Captain Dean Hensley with the Harris County Fire Marshal's Office.

"It does (upset me) because there were a lot of people hurt, and a lot of good people lost a lot of stuff," says Gerald McDandless. "Especially during the holiday season all because one person can't be responsible with their bad habits."

"All we heard was a lot of rumbling, the stairs were falling apart," said witness Bethanee Hamilton.

Eyewitnesses say they watched as people jumped from the upper levels of the three-story apartment complex in an effort to escape smoke and flames.

Resident David McCoy barely escaped from his second floor apartment. "I could feel the heat on my bare legs. I finally got out. All I could do was fall to the ground with my dog and start crying. I lost everything, man."

Shelly Voss said, "There was a man who threw out a mattress, his kids landed on it, he jumped out. He was badly injured."

"They were in pain," said another witness, Hunter Poirrier. "You could hear their pain, in their voice and cries."

A woman dropped her baby from a stairwell to bystanders down below, who caught the child.

Steven Woodland said, "She said, 'Can you catch my baby?' For a split second, I could see. It was just in slow motion."

Neighbors say they also watched as a man pushed a mattress out his third-floor window. Moments later, he and two children, a boy and a girl, jumped out of the same window onto the mattress below. The boy reportedly injured his arm in the jump. 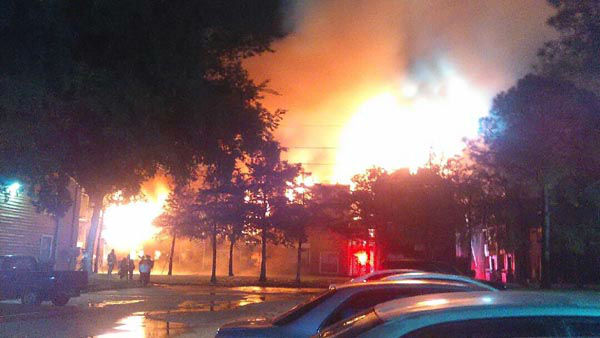 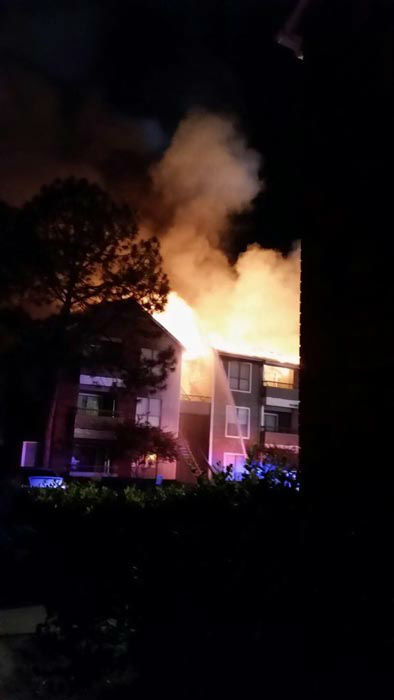 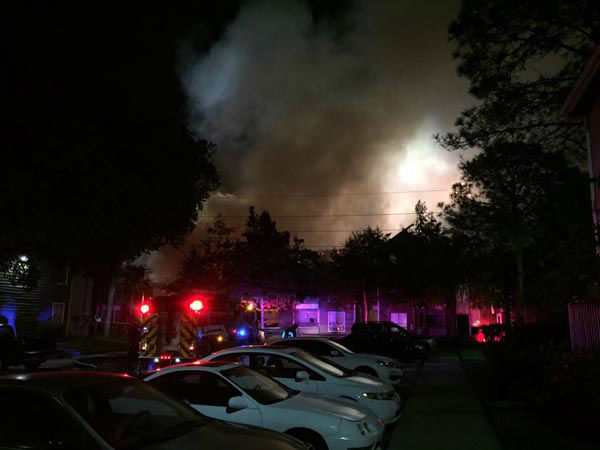 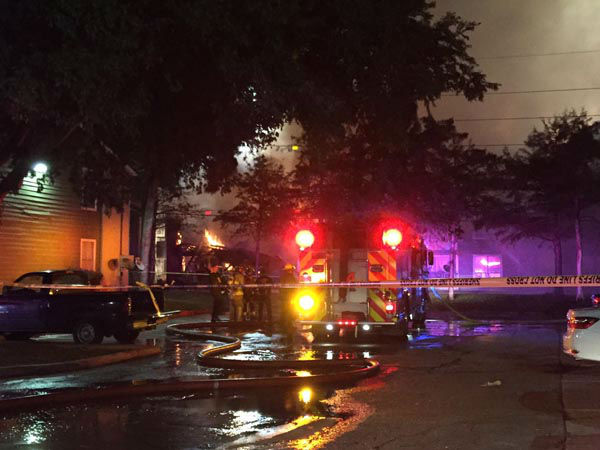 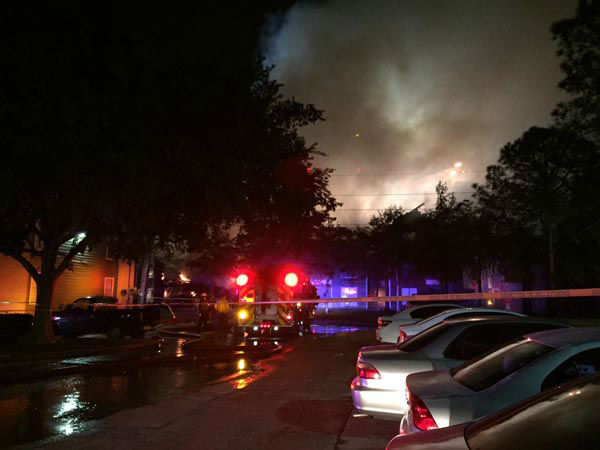 "I was scared beyond scared," Woodland said. "It was straight adrenaline."

Eight people were transported to the hospital, while two were treated on the scene. A Harris County Pct. 5 deputy constable was among the injured.

Authorities say none of the injuries are life threatening or serious in nature, but the early morning scene was chaotic as residents scrambled to safety.

Nearly 50 firefighters were called to extinguish the blaze. The Harris County Fire Marshal's Office says 24 units were damaged by fire, smoke and water. The Red Cross is assisting the tenants.