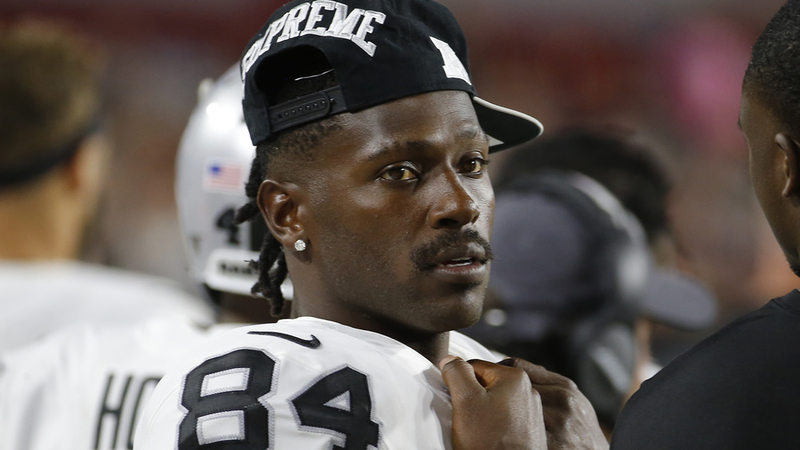 FLORIDA -- Former Oakland Raider wide receiver Antonio Brown has been accused of raping his former trainer according to a lawsuit filed Tuesday in Florida. The federal lawsuit claims that Brown 'exploited, sexually assaulted, and raped' his trainer several times over a period of two years.

According to the suit, Brown met his trainer, a former gymnast, while the two were student-athletes at Central Michigan University.

After graduating, she started an athletic training company and Brown hired her to train him in 2017, while he was still a member of the Pittsburgh Steelers.

VIDEO: Antonio Brown's bizarre summer as a Raider summed up in 2 minutes

The victim claims that he sexually assaulted her twice in June of 2017 while they were together for training sessions.

After the second incident, the suit alleges that Brown bragged about the incident to his victim in profane and angry text messages.

The woman cut off her working relationship with Brown after the second incident.

Several months later after Brown begged her to train him again, she started working with Brown again.

On May 20, 2018, the victim claims Brown cornered her and raped her despite her protests.

The suit claims that Brown preyed on his victim "kindness and her religious devotion, casting himself as a person equally dedicated to his religious faith and someone she could trust. In reality, he used manipulation and false promises to lure her into his world, and once there, he sexually assaulted and raped her."

A spokesperson for Antonio Brown released this statement Tuesday afternoon: "Mr. Brown denies each and every allegation in the lawsuit. He will pursue all legal remedies to not only clear his name, but to protect other professional athletes against false accusations."