Anne Rice, author of 'Interview with the Vampire,' dead at 80 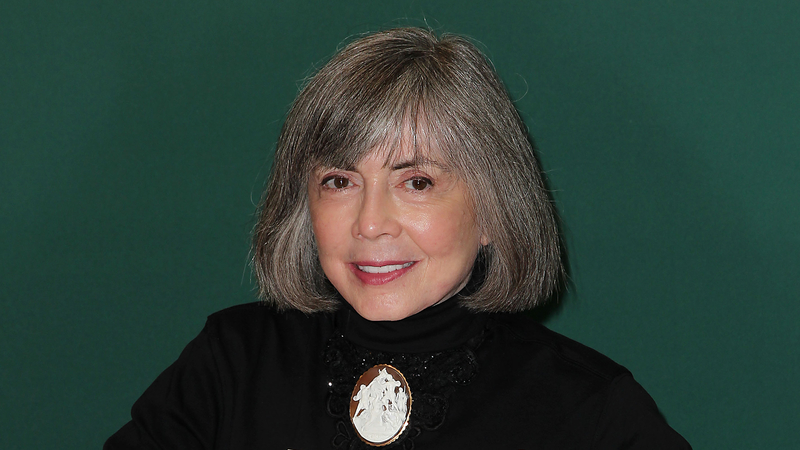 Anne Rice, author of 'Interview with the Vampire,' dead at 80

Anne Rice, the gothic novelist widely known for her bestselling novel "Interview with the Vampire," died late Saturday at the age of 80.

Rice died due to complications from a stroke, her son Christopher Rice announced on her Facebook page and his Twitter page.

"In her final hours, I sat beside her hospital bed in awe of her accomplishments and her courage," Christopher Rice wrote in the statement.

Anne Rice was the author of the 1976 novel "Interview with the Vampire," which was later adapted into a movie starring Tom Cruise and Brad Pitt in 1994. It was also expected to be portrayed in a TV series on AMC and AMC+ in 2022.

The novel introduced the character of the vampire Lestat, who would be the central character in the 13-book Vampire Chronicles series, the most recent of which was published in 2018.

"I had an idea of Lestat as the man of action, the man who could do things that I couldn't do," Rice said in a talk at Southern Illinois University in 2010.

"Interview with the Vampire" was made into a successful feature film in 1994, helping to reignite interest in the vampire genre which continued with the TV series "The Vampire Diaries" and the "Twilight" film series.

Although she lived most of her life in California, Rice was a native of New Orleans and set many of her stories there, according to her website biography.

Christopher Rice said he was at his mother's bedside when she died.

Rice was expected to be interred during a private ceremony at a family mausoleum in New Orleans on an undisclosed date, according to the statement. A public celebration of life was to take place next year.