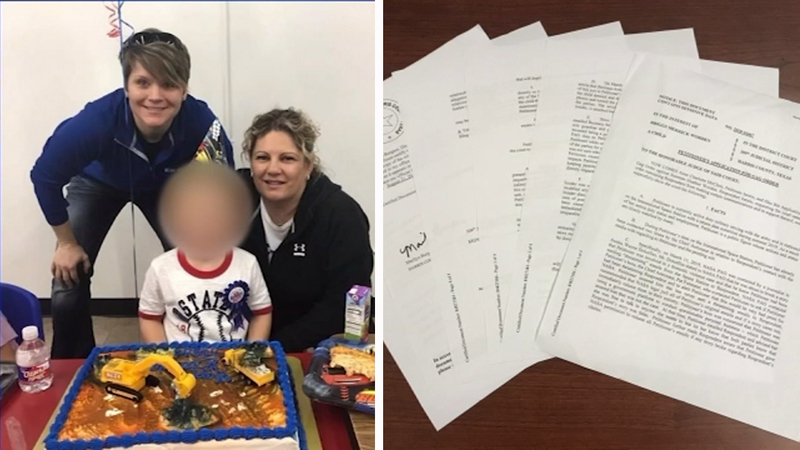 "I just wish Anne would realize that this is not her son. Just let Briggs be with his family," Worden said in an interview with ABC News.

Worden and her mother opened up about what they say has a been a year of bullying at the hands of McClain.

It started with a lawsuit filed in 2018. McClain requested shared custody over Worden's son. Worden's son was born nearly a year before she met McClain, and McClain was denied a request to legally adopt him.

SEE ALSO: Family of NASA astronaut's spouse claims they were 'frightened' over demands to see son

ABC13 legal analyst Steve Schellist weighed in on what would give McClain grounds to be granted any kind of rights over Worden's son.

"The first thing that has to be looked at is whether or not she has standing. What that means is, 'Does she even have a right to bring a suit?'" Schellist said.

In McClain's supporting declaration, she writes, "I am petitioning the court for legal parental rights due to Summer's recent threats to take Briggs out of his current home and school, with no reasonable financial plan and no familiar or stable environment for our son."

The current family code in Texas state law acknowledges custodial rights as it pertains to a non-biological parent, but it specifies 'man' and 'father.'

Schellist points to strides in the LBGT community in terms of laws for same-sex marriage, and the ability to have shared names on birth certificates. However, there is no specific clause when it comes to divorce and custody. Schellist says that is what could make this case a groundbreaking case in Texas.

"You have someone who is a celebrity, who has a voice that will be heard for the same-sex couple population out there, and she's going to be screaming loud and clearly that we deserve the same rights as heterosexual couples."

The next custody case hearing will be in downtown Houston on Sept. 17.