Man with 230+ animals living in "deplorable conditions" among those arrested in animal cruelty roundup: Constable 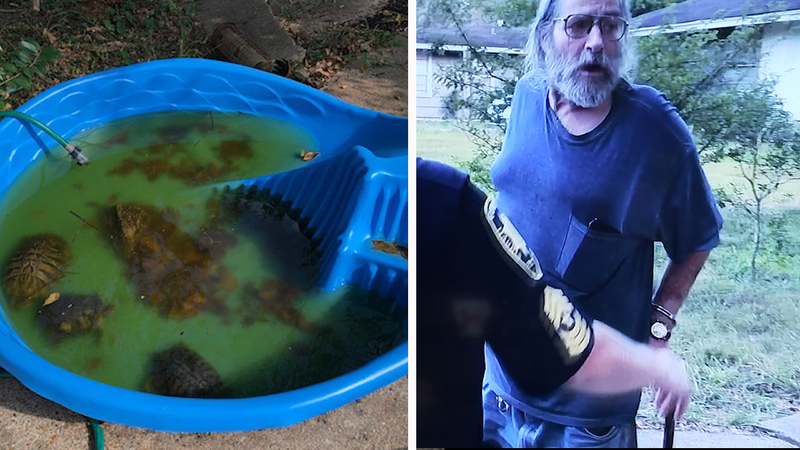 One of the cases involved the alleged mistreatment of a large number of animals under one roof.

"230-plus animals from mice to turtles to bearded dragons, all living in deplorable conditions," said Constable Alan Rosen.

Edmond Megdal was arrested Saturday morning, but a health condition led him to need medical attention and he was transported to an area hospital. His booking will be completed at a later date.

The animals in each of the cases were seized in recent months by cruelty investigators and awarded to the custody of the Houston SPCA.

In another case, emaciated dogs were found at a home from which the owner had moved. The dogs were left behind.

In another, a man was said to have been recorded throwing his dog to the ground. X-rays showed it had a broken leg, and another leg with a fracture. Despite the video, Rosen said the owner denied hurting the dog.

At residences where individuals with warrants were not present, authorities left information on how to get their warrants resolved by no later than this Friday. They are encouraging those individuals to turn themselves in.

Animal cruelty costs the lives of a lot of pets each year in Harris County and elsewhere. In Texas, it is a class A misdemeanor punishable by up to a year in jail and a fine. Animal advocates have argued for harsher deterrents.

It's important to note that the cases are made after someone, such as neighbors, or a person who takes note of the condition of animals calls authorities.

"Animals don't have a voice, so you have to be one for them," said Rosen.