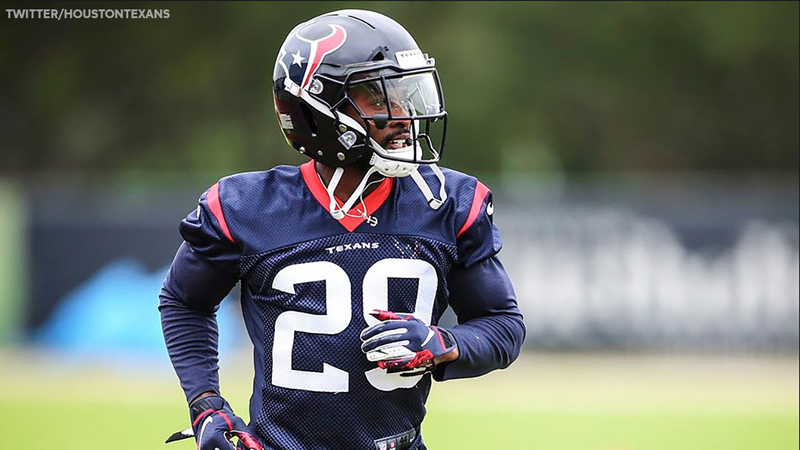 The team officially activated Hal from the Reserve/Non-Football Illness list on Saturday, making him eligible to return this week.

Back in May, Houston Texans safety Andre Hal was diagnosed with Hodgkin's Lymphoma, sidelining him for the foreseeable future.

His return to the playing field at that time was uncertain.

After starting treatment at MD Anderson Cancer Center, Hal announced in September his cancer was in remission.

And in a welcomed sight, Hal and his No. 29 returned to the practice field on Wednesday, marking a six-month turnaround from diagnosis to helmet and pads. The Texans posted a picture of Hal in full gear on their Twitter account.

The 26-year-old's road back to the Texans involved an option where he wanted a chance to come back and play. He chose an IV treatment taken once a week for a month over chemotherapy. He also did a Vitamin C infusion.

"I never stopped working out. I was obsessed. I just want to get back on the field," Hal said in September.

When Hal's remission was announced, team physician Dr. James Muntz stated the defensive back would press forward in his treatment.

"Andre will continue to be monitored while he advances through his protocols," Muntz said.

Hal has been with the team since he was drafted in the seventh round of the 2014 NFL Draft. He recorded 176 career combined tackles, 124 total tackles and nine interceptions.