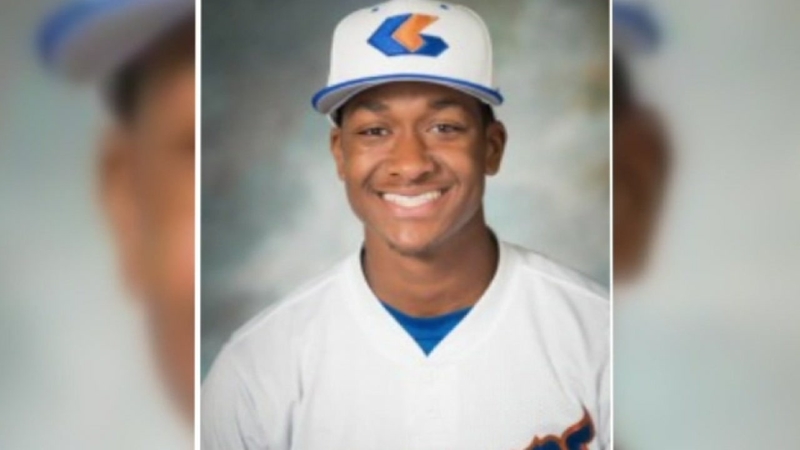 Astros remember hero who saved his brother from drowning

HOUSTON, Texas (KTRK) -- The Houston Astros are World Series champions and MVPs, but on Wednesday night, they honored their hero: an athlete who gave his life so that his younger brother might live.

While wearing special t-shirts, some of Andre Derouen's favorite people gathered in one room: family, friends and teammates, all headed to watch his favorite team. It was a special invite from the Astros.

"He wanted to go to MLB, he wanted to play for the Astros, and for the Astros to be celebrating and honoring him tonight was amazing," Latashia explained. "He had been playing baseball since he was three. He loved the game."

The Houston Astros will be honoring a brother who died while saving his brothers.

It's a dream that was cut tragically short earlier this year.

On March 23, Andre's 15-year-old brother was in a pond behind the family's League City home when he went underwater. Andre jumped in and saved Desmond, but he couldn't save himself.

"Just a terrible day, a terrible incident," Andre Sr., said. "I drew a blank that day."

"It's hard, it's tough, but that was the kind of person he was. It could've been anybody in that water and he would've jumped into action," Latashia said.

Wednesday night, they had the chance to remember the athlete who showed so much promise.

Front and center was Desmond, who called his big brother a hero.

"He'll be remembered in my heart forever," Desmond said.