The cause of the derailment is not yet known at this time. 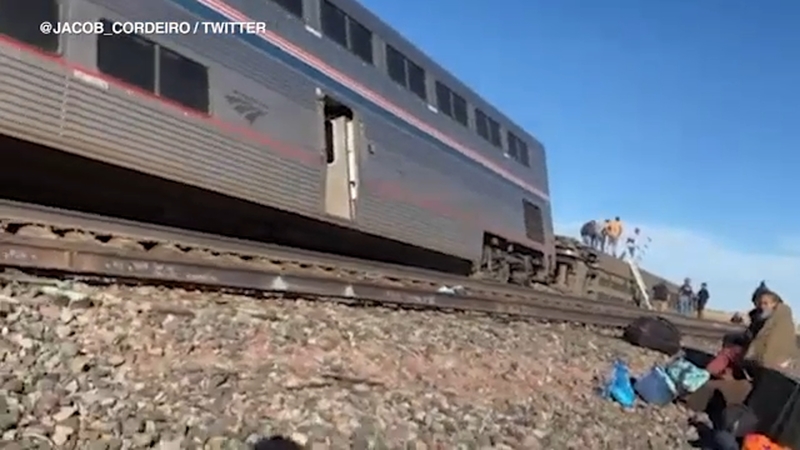 3 dead after Amtrak train from Chicago derails in Montana: officials

JOPLIN, Mont. -- Three people are dead and multiple others injured after an Amtrak train that runs between Seattle and Chicago derailed Saturday afternoon in north-central Montana.

The Empire Builder train derailed at 4 pm near Joplin, a town of about 200, Amtrak spokesman Jason Abrams said in a statement.

The train had about 147 passengers and 13 crew members onboard, Abrams said.

The Liberty County Sheriff's Department confirmed that three people have been killed.

Multiple other injuries were also reported, according to Amtrak; however, the amount and extent of those injuries have not been announced at this time.

Images from the scene show the train on its side as people gather around it. Passengers were standing alongside the tracks, some carrying luggage.

The cause of the derailment is not yet known at this time.