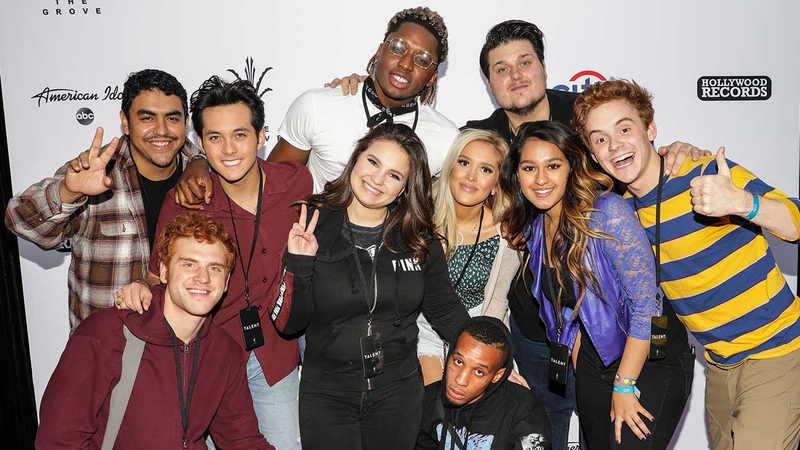 NEW YORK -- Now that America has spoken and Laine Hardy has been selected as the 2019 "American Idol" winner, fans of the hit singing competition program have the unique opportunity to help one of their favorite eliminated "Idol" singers make one more national TV appearance, this time on "Live with Kelly and Ryan."

"Live's 'American Idol' Encore" has returned, and the poll is open, allowing viewers to help choose one of the eliminated Top 10 singers to perform in "Live's" New York studio on Thursday, May 23.

The online poll opened Monday, May 20 at 10 a.m. ET and will remain open until 5 p.m. ET on Tuesday, May 21. "Live" hosts Kelly Ripa and Ryan Seacrest will announce the winner of the poll on the Wednesday, May 22 edition of "Live." After polling ends, one of the eligible "Idol" singers will travel to New York City to appear on "Live" on May 23.

VOTE FOR YOUR FAVORITE HERE

"Idol" winner Laine stopped by "Live" on Monday to perform. With Alejandro Aranda named as runner-up, eight of the Top 10 finalists are eligible for "Live's 'American Idol' Encore" performance:

Watch the winner of the poll perform on "Live with Kelly and Ryan" on Thursday morning. Check your local listings.

TAKE A LOOK BACK AT THIS SEASON OF "AMERICAN IDOL"

'American Idol' down to final 3 after viewers vote

'American Idol' pays tribute to Woodstock, whittles contestants down to 5