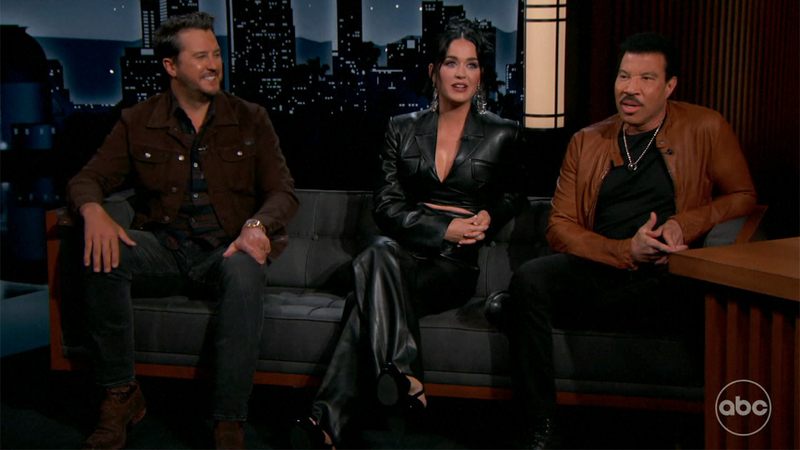 LOS ANGELES -- For their few years on the panel, the "American Idol" judges have worked as a team to make dreams come true. But at the end of the day, only one member of the trio is "always right."

"Have you ever seen Katy flutter her eyelashes?" Bryan responded.

Katy Perry, Luke Bryan and Lionel Richie reflect on their first four years as judges on "American Idol" and what they're bringing to the new season of the competition.

The country singer admitted, however, that sometimes contestants are nervous and begin their auditions horribly before they "come roaring back."

"If one of us sees something in them [that's] special, we start rallying [for] that person. It's really a fun dynamic," he said.

SEE ALSO: Platinum tickets and what else is new for season 20 of 'American Idol'
EMBED More News Videos

"American Idol" kicks off its 20th season overall and fifth on ABC this Sunday.

Each season, contestants from across the U.S. compete to achieve music superstardom.

This time around, the show is introducing a new element: top talent from three audition cities -- Austin, Nashville and Los Angeles -- were awarded a total of nine "platinum tickets." That allows them a "free pass" to sit out one of the early rounds of competition.

Previous winners, such as Kelly Clarkson, Fantasia Barrino and Carrie Underwood, have gone on to snag Grammys and build massive careers.

"It's the 20th season and usually that means platinum in a marriage, so it's definitely platinum talent," Perry told "Good Morning America." "We've been together as judges for now five seasons and I think our bar is just getting higher and higher. I would say 'American Idol' is like the cream of the crop now."

Tune into the season premiere of American Idol starting Sunday, Feb. 27 at 8 p.m. ET/PT | 7 p.m. CT on your local ABC station and the next day on Hulu.