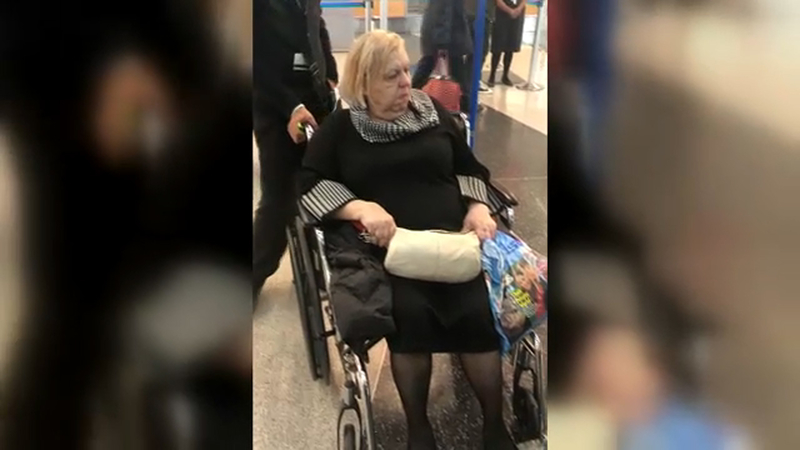 Relatives of 67-year-old Olimpia Warsaw say her flight was canceled, but for quite some time, they did not know her location.

Her family members say she has Parkinson's and diabetes, and that she can barely walk as a result. They had made their way to Chicago after their father's sudden death, but Warsaw's luggage never arrived.

"She had to miss part of his funeral because she didn't have clothes," relative Julian Coltea said.

When family members dropped Warsaw at the gate, they say the agent assured them she would be taken care of.

"Confirmed with the gate agent that the flight was on the time everything was OK," son Claude Coltea said. "And she said, 'Yep, all's good. We'll take good care of your mom.'"

After his father's funeral, Claude Coltea says his mom was set to head to Detroit. But her flight ended up being canceled, and the airline assigned a porter to take her the front, where she was offered a hotel room.

But Julian Coltea said the family was not willing to take her to the hotel, and she had no way of transportation. The porter left after his shift was done, and Warsaw was forced to find a random passenger to help her just to go to the bathroom.

When Warsaw didn't make it to Detroit, her family called American Airlines. They said in addition to losing her bags on the way in, the airline lost track of her on the way out.

Security eventually helped her family find her hours later. She was discovered still in her funeral clothes.