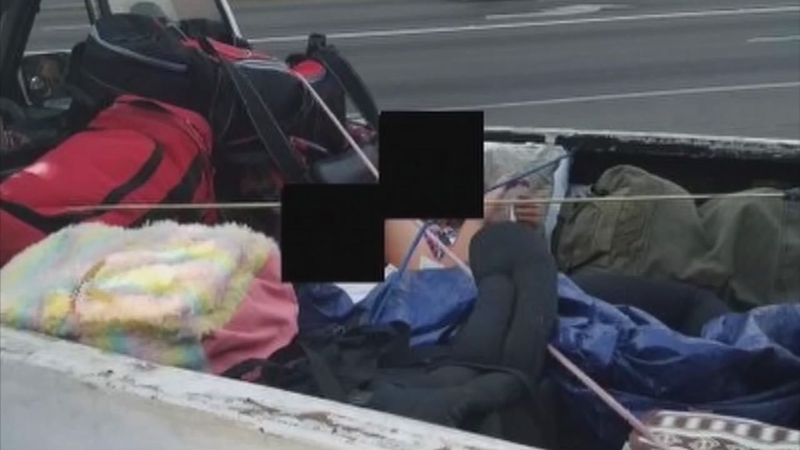 PUYALLUP, Washington -- A mother is facing charges after police say they found her children riding in a truck bed, secured only by bungee cords, KIRO-TV reports.

The incident happened earlier this month when someone observed the truck and called police.

Officers say the 8-year-old boy and 10-year-old girl were under a tarp that was held down by the cords.

Ambrosia Jurado is a woman hoping for mercy after police spotted her kids riding in the back of a pickup truck tied with cords.

"When I got out of jail, I couldn't even call and let them know that everything was ok, and it wasn't their fault because I know that they're going to feel that it's their fault," Ambrosia Jurado, the mother facing charges, said.

The mother says it's all because the kids wanted to ride in the back-- a request she should not have honored.

"I would love understanding from people, I don't expect anything other than what I've given," Jurado said.

Police say officers were alarmed last Monday night when they tried to pull over the truck, but the driver didn't stop until they made it into Bonney Lake.