HOUSTON (KTRK) -- Authorities say an 11-month-old baby at the center of an Amber Alert has been found safe in Mexico, and his father is in custody.

The manhunt for the two started Monday after the child's mother, 27-year-old Anastacia Oaikhena-Lambert, was found fatally stabbed and stuffed in a refrigerator. Maintenance workers at the Braeswood Oaks apartments discovered her body after residents reported a strong, foul odor coming from the air conditioning vents. Police suspect she'd already been in the fridge for about a week.

Lambert, 38, and the baby were no where to be found, prompting authorities to issue the Amber Alert.

Both the baby and father will be returned to Houston at a later date. It's not yet clear what charges Lambert will face.

"It's a relief. I just hope they get the baby to the Mom's family so they can take care of him," said neighbor Nicole Barnes who first reported a foul odor on Monday.

Police were familiar with the family. Houston police records show Anastacia called the police on September 2 to report being threatened with a knife. Another police call was made a day later, but no arrests were made either time. 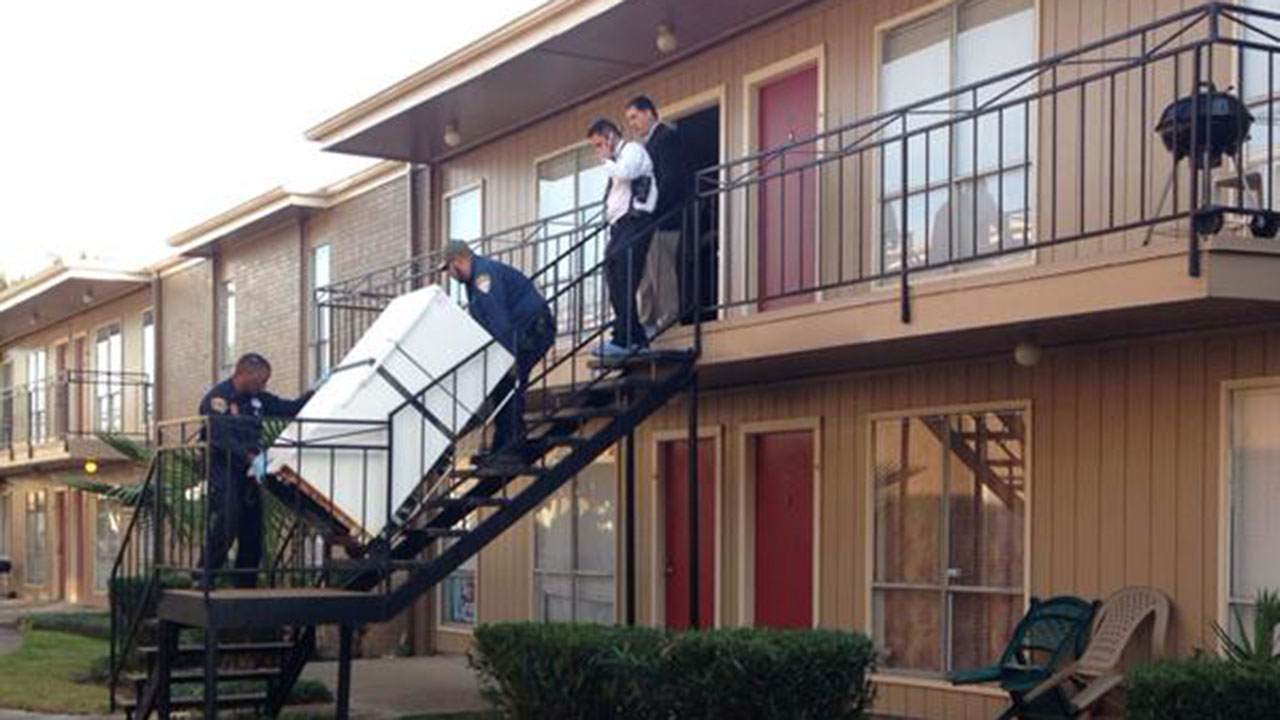