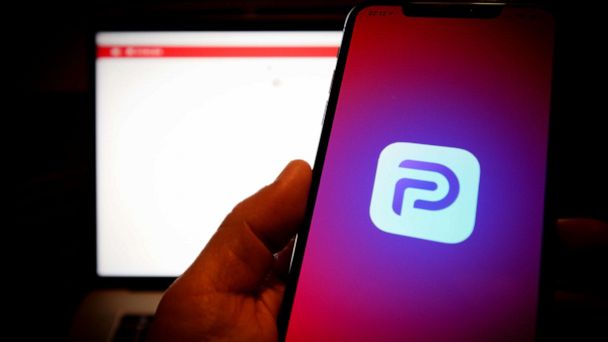 Amazon Web Services has responded to Parler's lawsuit against it with a series of screenshots of hateful content -- loaded with threats of violence and racial slurs -- that allegedly spread on the platform, in new court filings.

Parler, the self-proclaimed "free speech" social media platform has courted controversy for months as it exploded in popularity among right-wing users. In the wake of the deadly riot at the U.S. Capitol last week, Amazon Web Services abruptly suspended web hosting services to Parler, essentially forcing it offline.


Parler then sued Amazon Web Services, alleging in a complaint filed Monday in Seattle federal court that the termination was "motivated by political animus" and designed to reduce competition in the microblogging services market.

An AWS spokesperson told ABC News in a statement that there is "no merit to these claims" and that content that incites violence on Parler violated terms of service.

"AWS provides technology and services to customers across the political spectrum, and we respect Parler's right to determine for itself what content it will allow," the spokesperson said. "However, it is clear that there is significant content on Parler that encourages and incites violence against others, and that Parler is unable or unwilling to promptly identify and remove this content, which is a violation of our terms of service."

"We made our concerns known to Parler over a number of weeks and during that time we saw a significant increase in this type of dangerous content, not a decrease, which led to our suspension of their services Sunday evening," the AWS spokesperson added.

Court documents filed by AWS in response to the lawsuit include screenshots of some of the content that led to its suspension.


One screenshot of a Parler post features a slew of racial slurs about Michelle Obama and another states, "The only good democrat is a dead one."

Some of the posts in the court documents also show calls for violence, one user writing, "I do approve of actual violence towards Antifa and BLM" and "Kill'em ALL!"

In another post highlighted in AWS's court filings, a user writes, "My wishes for a racewar [sic] have never been higher" and that they think about killing Black people and Jewish people "more and more often."

Parler did not immediately respond to ABC News' request for comment on the new court filings Wednesday.

Parler CEO John Matze responded to AWS taking it offline in a statement last Sunday, saying the company does not "condone or accept violence on our platform and we never will."


"Our team worked hard to produce a strong set of Community Guidelines, which expressly forbids content which incites or threatens violence, or other activity which breaks the law. We've worked even harder to construct a system which engages our community to quickly and transparently enforce these rules and remove prohibited content," Matze stated.

"It hasn't been easy. Parler does not engage in viewpoint discrimination, nor do we harvest and abuse personal data. Parler is not a surveillance app, so we can't just write a few algorithms that will quickly locate 100% of objectionable content, especially during periods of rapid growth and the seemingly coordinated malicious attacks that accompany that growth," he added. "But that doesn't mean we haven't been effective. Up until Friday afternoon, it seemed that Apple, Amazon, and Google agreed."

Matze went on to argue that their system "worked as well or better than the methods used by our competitors, while adhering to our principles."

"It is important to all of us at Parler that we get it right," he stated. "We care deeply and are committed to being part of the long-term solution to save civil discourse."
Report a correction or typo
Related topics:
abc newsnational
Copyright © 2021 ABC News Internet Ventures.
More Videos
From CNN Newsource affiliates
TOP STORIES