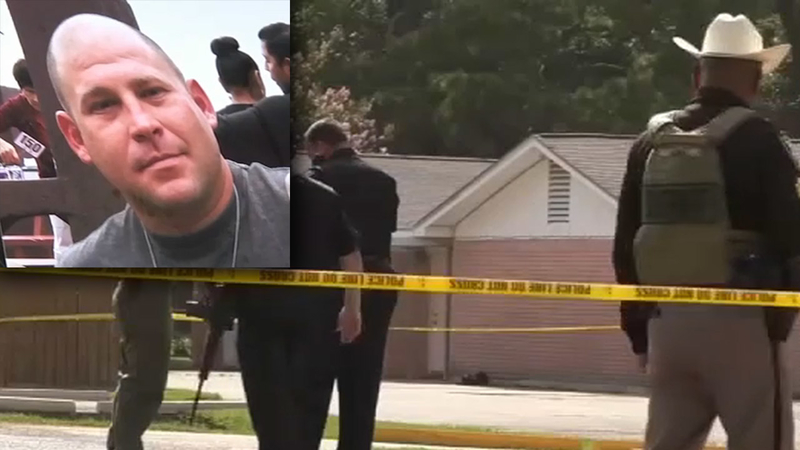 ALVIN, Texas (KTRK) -- The family of Isaac Chapa is filing a federal civil rights lawsuit against the Alvin Police Department. Police shot and killed Chapa in July 2018 near Alvin Missionary Baptist Church. The family is now pleading for answers as to why he was shot.

The family has requested bodycam video, Chapa's autopsy report and the police report, but say Alvin police won't give it to them.

"The complete secrecy in this situation is horrible, but it speaks volumes something wrong happened and it was the Alvin Police Department that did something wrong," said the family's attorney, Randall Kallinen.

Chapa's father, Isaac Chapa, said, "What we're looking for is clarity and understanding. We want to understand why my son was fatally shot."

Police tell ABC13 officers did give repeated commands for Chapa to drop a weapon and that after getting him on the ground, police say he brought that weapon back up as officers moved in on him. That's when they say an officer shot him, ultimately killing him.

Alvin Police responded to the lawsuit with the following statement:

"On July 15, 2018, Alvin police officers were involved in a deadly shooting with a suspect who was armed with a handgun. Immediately prior to the deadly encounter, the suspect discharged the handgun during a disturbance at his family's home at which time the family called 911.

Upon receiving notice of pending litigation by the family, the City of Alvin has released information and records in compliance with the law and consistent with established standards when litigation is pending."

Police are investigating a shooting in the parking lot of a church in Alvin.