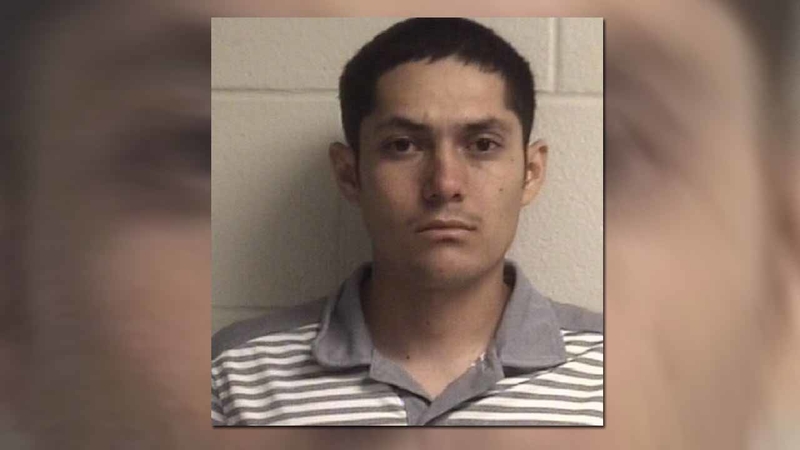 ALVIN, TX (KTRK) -- An Alvin ISD junior high teacher is facing felony charges after he was arrested on allegations of having an inappropriate relationship with a child.

Steven Cortez, 28, was arrested Monday and charged with sexual assault of a child. In a letter sent to parents, Harby Jr. High Principal Lisa Burns says administrators were made aware of the allegations over the Easter weekend.

"The report alleged that a Harby Jr. High teacher/coach was involved in an inappropriate relationship with a female student," the letter stated.

Kelly Sombrano has a nephew that attends Harby Jr. High. She says her sister told her about what happened.

"My nephew goes to the junior high and she said they received an email that a science teacher and coach had resigned today for an inappropriate relationship with a seventh grader," Sombrano said.

School officials say Alvin and Alvin ISD police began an investigation immediately. Once information was received, Cortez was not allowed to have interaction with any Alvin ISD student and the parents of the student involved were notified of the investigation.

Alvin teacher accused of having relationship with a middle schooler. What Alvin ISD is saying at 10 @abc13houston pic.twitter.com/6R0hIdqKLs

The letter also states that during the investigation, Cortez submitted his resignation to the school district. School officials were already in the process of termination proceedings. Shortly before he was notified of the district's decision, an arrest warrant was issued.

"Please be assured that this alleged behavior is completely inconsistent with the expectations of our campus and community, and will not be tolerated in Alvin ISD," Burns added.

A similar situation happened a year and a half ago. An Alvin High School teacher resigned after allegations of an inappropriate relationship there with a student.

"It seems like it's been happening more than it should definitely, it should never happen," Sombrano said.

According to the district's website, Cortez was recently married. He also taught sixth grade science and coached eight grade football and basketball.