Dog recovering after being stabbed and shot in Alvin 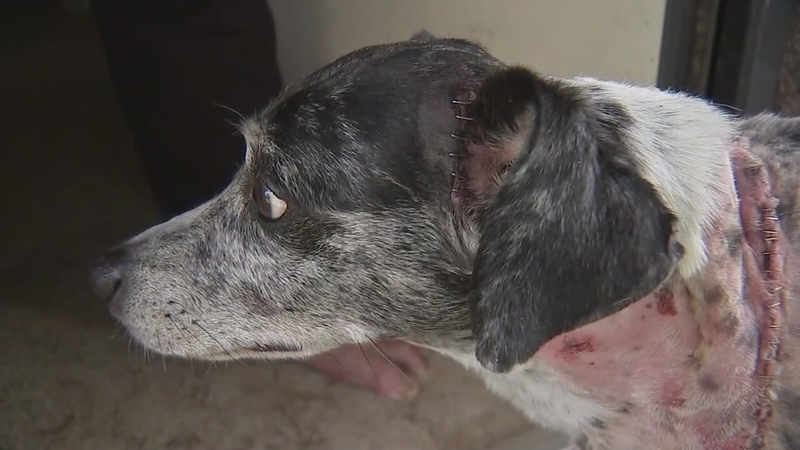 An Alvin couple's dog is recovering after being shot and stabbed

ALVIN, Texas (KTRK) -- An elderly couple in Alvin is struggling to understand why someone would want to harm their sweet dog.

They found their precious pet, Pepper, with deep cuts and a gunshot wound.

"We didn't know if he could live because he was so sliced up," said Elaine Warner, the dog's owner.

Her husband Harry rushed Pepper to Alvin Animal Clinic where he spent hours in surgery.

"You know, he's just a dog to everyone else, but to us, he means more," said Harry Warner.

Right now, Pepper is doing ok, despite how he looks. His neck is held together with sutures, and he has a gunshot wound in his back.

"That person wouldn't have any problem killing a person the way they mangled that dog," said Elaine.

The family hopes whoever did this doesn't strike again and hurt a dog that means so much to them.

The couple's daughter says her parents are on a fixed income and Pepper's procedures were quite costly. But the Warners tell ABC13 they were willing to do whatever they could to save him.

The family has set up a GoFundMe to help with medical expenses for Pepper.