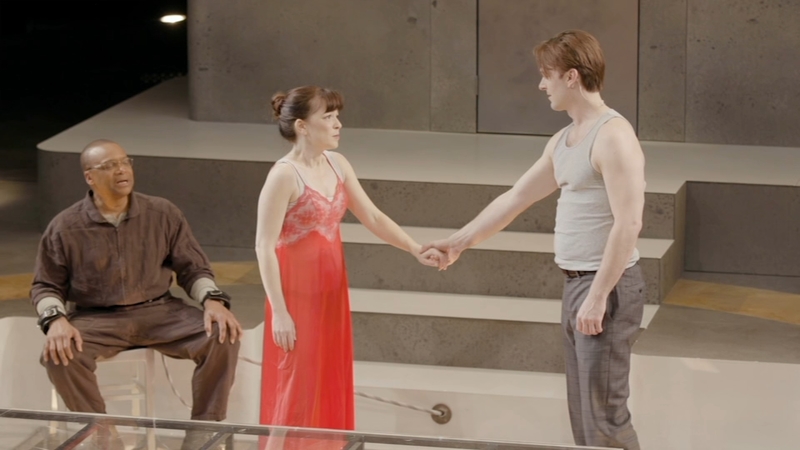 How you can watch Alley Theater's '1984' from home

HOUSTON, Texas (KTRK) -- One week ago, '1984' opened at the non-profit Alley Theatre, only to be shut down one day later due to concerns over COVID-19. But the show must go on, even though the seats at the theater will be empty.

Everyone from the actors to the backstage crews are joining forces so that you can enjoy the show from your own home. Over the next two weeks, they are working to record a taped version of their adaptation of George Orwell's dystopian novel.

"We are going to film the production of '1984' and make it available through a link to ticket buyers, subscribers, patrons and anyone that wants to support us and see this production," said Brandon Weinbrenner, Associate Producer & Casting Director for '1984'.

The Alley says the recorded version of '1984' will be the same production that theater-goers would have seen in person.

"The costumes are the same. The makeup is the same," said Weinbrenner. "The actors will be mic'ed and it's directly fed into the soundboard so we will capture all of the underscore and all of the actors' voices just as you would have seen it yourself."

The Alley Theatre decided to turn '1984' into an online production because losing so much valuable income could be devastating as it works to keep up with costs.

"Cancelling this production of '1984' has hit the Alley Theatre hard," said Weinbrenner. "This is our livelihood. Our artisans, our actors, everyone on staff puts so much effort into creating productions like '1984'. And being able to share it with our patrons and our supporters is optimal for us during this difficult time."