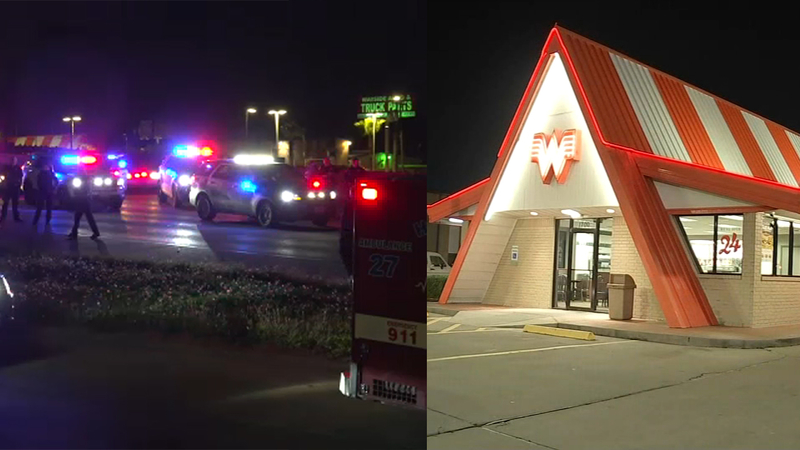 HOUSTON, Texas (KTRK) -- A man suspected of flashing people at a Whataburger in east Houston was hit-and-killed while running across the East Freeway, police say.

Houston police tell Eyewitness News they responded to an exposure call around 10 p.m. Wednesday at the Whataburger on I-10 and Wayside.

Officers made contact with the suspect at the scene but the man ran away. The suspect crossed the westbound lanes of the highway and was later hit by an 18-wheeler while in the eastbound lanes. It's believed the suspect may have been hit by a second vehicle.

Officers say the driver of the second vehicle did not stop at the scene but stopped down the road and made a phone call.

As the investigation continues, authorities say neither driver had signs of impairment.