KTRK
HOUSTON, Texas (KTRK) -- We're learning new details about a newborn baby found abandoned and covered with ants in a grassy area of an apartment complex in northwest Harris County.

There was bombshell testimony heard in a Houston courtroom, where a man claiming to be the father of the baby said he had no idea the mother was pregnant.

Deandre Skillern made his way out of the courtroom after claiming before the judge that he's the father.

We showed you the video taken by a neighbor, who discovered the baby yesterday. It shows the newborn, delivered about six hours before, laying naked and alone on the ground.

In court, graphic evidence was presented as investigators said the umbilical cord was ripped, not cut out, causing the baby to have a bacterial infection.

The man said the baby was just born hours ago and covered in ants. Newborn baby dropped off at fire station in Crosby 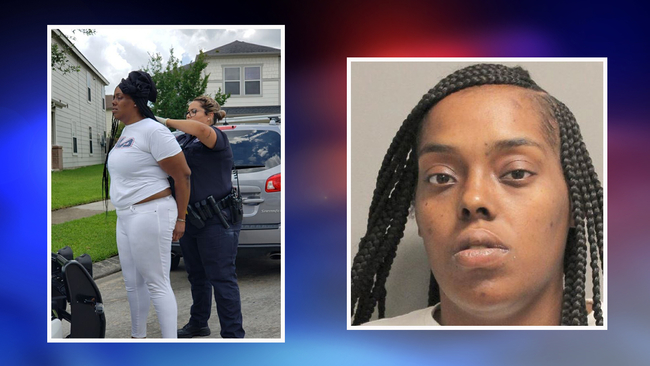