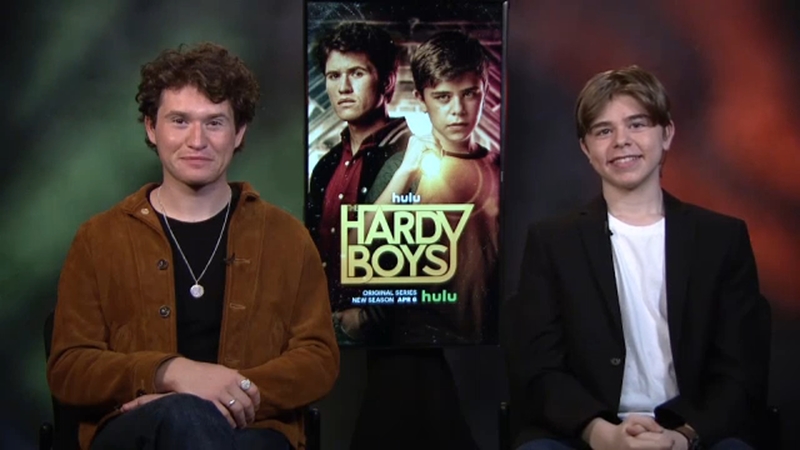 NEW YORK -- The mysteries continue with season 2 of "The Hardy Boys" on Hulu.

This season picks up six months after the events of Season 1, building on the mystery and drama.

Dennis, a Bridgeport classmate mysteriously disappears, and brothers Frank and Joe Hardy are on the case, once Joe convinces Frank to take it on of course.

"There's a funny scene where I'm convincing you to come with me and look for him," said Alexander Elliot, "Joe Hardy."

"I get dragged into his hijinks," Campbell said.

They discover the mystical relic they destroyed last year is still around, and they have to solve this mystery before anything happens to anyone else.

"Him and Sadie have one of my favorite scenes in the show, it's very sweet," Campbell said. "The dance stuff."

"The Hardy Boys" is set in the 1980's well before these two young actors were born. They say they've had a fun time exploring what life was like during that decade.

"I've had a blast, I love the music, I love the fact that there's no technology to bail us out of real detective work. It's such a great place for a TV show to live," Campbell said.