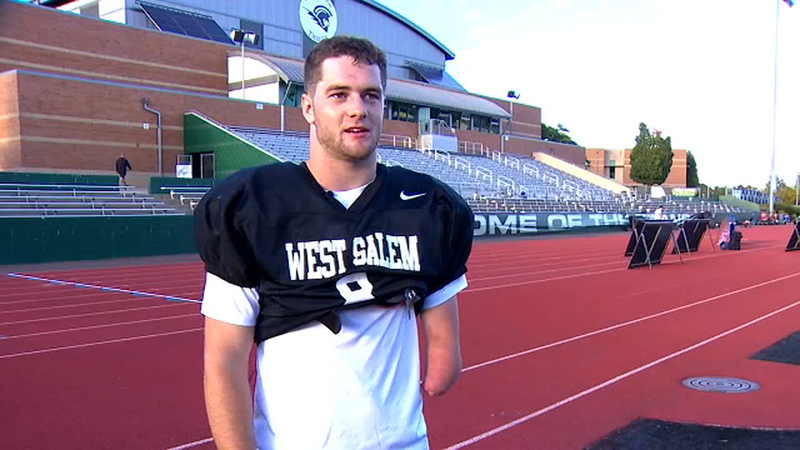 SALEM, Oregon -- A high school athlete with only one hand in Oregon has defied odds after landing a college scholarship.

High school senior Alex Hurlburt, who has no left hand after a complication at birth, has accepted an offer to play football for the University of Montana.

While Hurlburt was growing up, his parents highly encouraged him to play sports.

"I didn't want to be seen as that kid with one arm," he said. "I just wanted to be just that kid."

His story also captured the attention of Seattle Seahawks linebacker Shaquem Griffin, who has a similar story.

Griffin, who also only has one hand, congratulated Hurlburt on Twitter for his accomplishment.