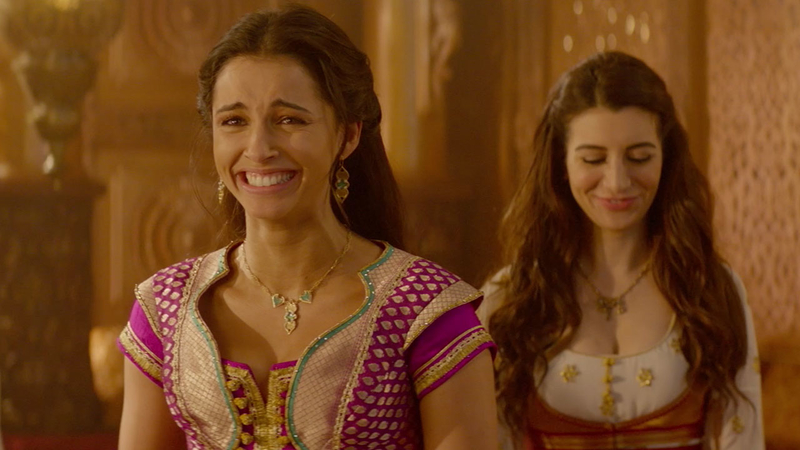 This is a magic carpet ride you won't want to end! In honor of the release of "Aladdin" on digital and Blu-ray, Disney has released an exclusive clip showing bloopers and outtakes from shooting. Check it out in the player above.

Disney's 2019 re-imagining of "Aladdin" was directed by Guy Ritchie. It stars Mena Massoud as Aladdin, Naomi Scott as Princess Jasmine, Marwan Kenzari as Jafar, and, of course, Will Smith as the Genie.

It features new recordings of the original songs from the 1992 animated classic written by Alan Menken and lyricists Howard Ashman and Tim Rice as well as two new songs by Menken with lyrics by Benj Pasek and Justin Paul, the duo known for their work on "La La Land," "The Greatest Showman" and the Broadway musical "Dear Evan Hansen."

Experience the magic of "Aladdin" in a whole new way! Go behind the scenes with Will Smith and the cast of Disney's new live-action "Aladdin." Available on Digital NOW & Blu-ray Sept. 10.