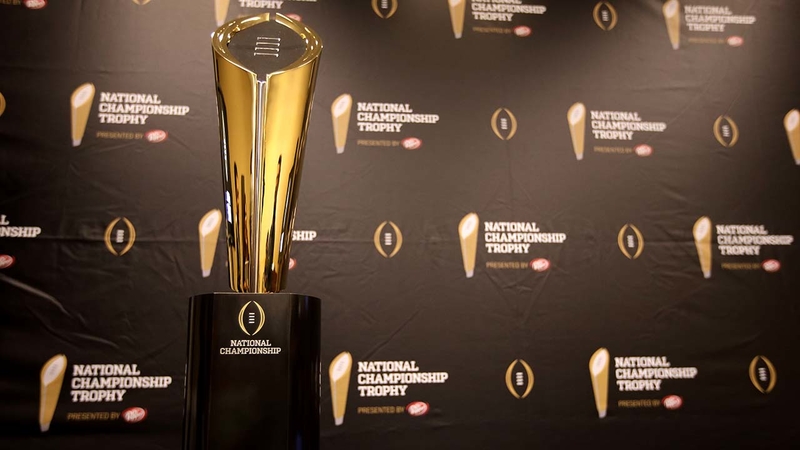 Before the calendar rolls over to the new year, college football has one last piece of unfinished business. Deciding who will play in the 2017 College Football Playoff National Championship.

The teams who will play for the national championship will be decided in the final hours of 2016 as No. 1 Alabama faces No. 4 Washington in the Peach Bowl and No. 2 Clemson meets No. 3 Ohio State in the Fiesta Bowl.

The day will be full of familiar faces as Alabama and Ohio State won the first two championships under the playoff format, and are favorites in their semifinals to make it back to the championship game. Clemson went to the championship last year, but lost to Alabama in a close game of 40-45.

Who will win the College Football Playoff National Championship?

Good thing Washington's mascot is a husky because they are definitely the underdogs. Many teams have chanted that they want Bama this season, but they should be careful what they wish for. Top-seed Alabama is the defending national champion and boasts an undefeated record entering its Peach Bowl semifinal against Washington.

Don't write off Washington yet, they seem undaunted by the challenge blowing out nearly everyone in the Pac-12 with its balanced attack and ferocious defense. Washington rolled through most of their opponents this season, with the only bump in the road being a 26-13 loss to a hot USC team towards the end of the season. Alabama defeated USC 52-6 to open the season.

The Roll Tide is a 14-point favorite over the Huskies.

Will Clemson get the chance for redemption?

Clemson suffered a one-point loss to Pittsburgh and had a hard-fought ACC championship game with Virginia Tech to make the playoff.

Ohio State didn't win its conference, being held out of the Big Ten championship game following a loss to Penn State. The Buckeyes were the subject of much speculation over whether that would exclude them from the playoff.
The Peach Bowl kicks off at 2 p.m. Central followed by the Fiesta Bowl at 6 p.m. Central. Both games are on ESPN.