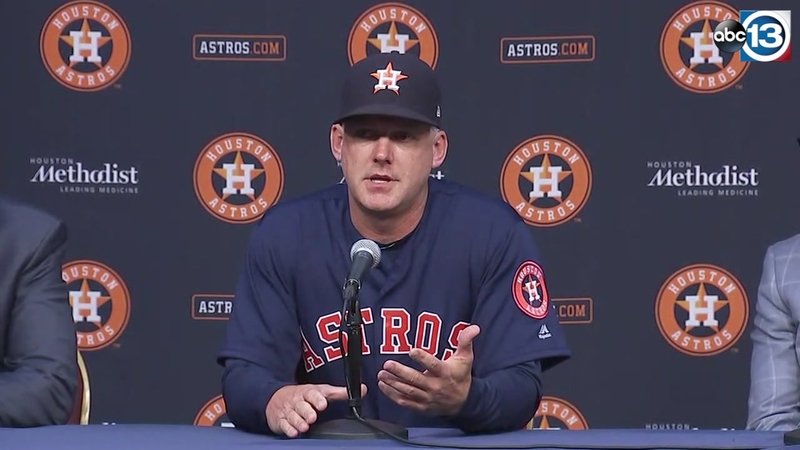 HOUSTON, Texas (KTRK) -- While there have been many people credited for the success of the Houston Astros in recent years, A.J. Hinch can be seen as the face of the shift from basement dwellers to kings of the baseball world.

Hinch's success in an inconceivable turnaround has rewarded him with a four-year contract extension, the team announced Thursday.

Hours before the Astros host the Angels, Hinch was flanked by team owner Jim Crane and general manager Jeff Luhnow in a news conference announcing the deal.

Hinch's extension keeps him with the Astros through 2022. The terms of his contract were not disclosed.

The 44-year-old Hinch was hired before the 2015 season, which was highlighted by a postseason berth as a wild card team. The Astros pushed the eventual World Series champion Kansas City Royals to the brink in the AL Divisional Series.

After just missing the postseason in 2016, Hinch buoyed the team as the AL West linchpin in 2017, leading the Astros to the first division championship in nearly 20 years. The 101-win Astros went on to win the franchise's first World Series title.

"This is extremely gratifying for my family and me," Hinch said. "Being in Houston has been a wonderful ride for us and we're looking forward to further cementing this as our home. This is a great organization - I appreciate all that Jeff and Jim have done to make this a positive and successful environment for me and my coaching staff. We have a great team on the field and the future is bright. I could not be happier."