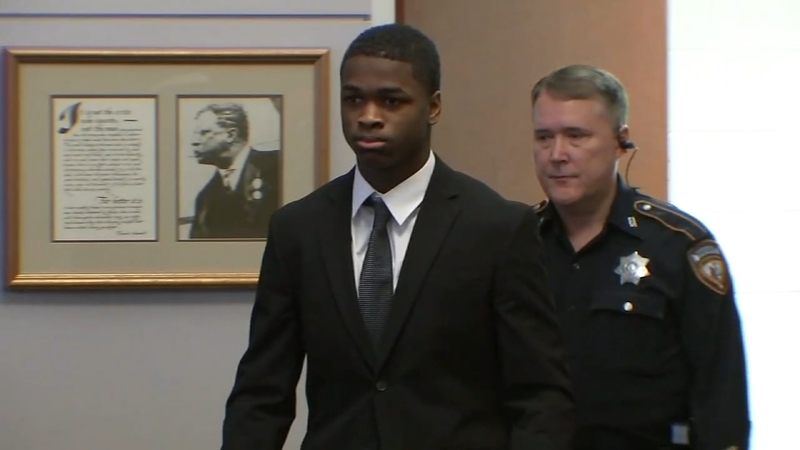 HOUSTON, Texas (KTRK) -- The attorney for the 20-year-old accused of killing his parents has asked a judge to stop future jurors from seeing text messages extracted from his iPhone.

A motion was filed to suppress all of A.J. Armstrong's cell phone records. Paperwork filed by the defense Friday claims evidence was lost during the first trial back in April. A judge is expected to review that request next week.

"I can't comment on it," defense attorney Rick DeToto said as he was leaving court Monday.

AJ heads into court. He was 16yo when his parents were murdered. 19yo during trial. Now, facing retrial, he’s 20yo. This has been a long road... #abc13 https://t.co/JJkq4ngyAb pic.twitter.com/yVpkqTe1uQ

Judge Kelli Johnson told prosecutors and defense attorneys they are not to discuss the motions with media.

But, according to court paperwork, Armstrong's attorneys say because prosecutors lost Armstrong's cell phone at the end of his first trial, all records extracted from the phone should be suppressed. The mistrial happened in April after nearly a month of testimony from two dozen witnesses.

Armstrong is charged with shooting his parents, Dawn and Antonio Sr., while they slept in their southwest Houston home. He was 16 years old at the time. He's now 20.

During the first trial, more than 80,000 pages of phone records were shown to jurors. They listened to prosecutors dissect hours of text messages between A.J. and his parents in the weeks and days leading up to their murders.

The state argued those messages showed A.J. was angry with his parents because they took him out of private school. They had punished A.J. by taking away his car and video game system due to slipping grades.

But, defense attorneys argued the messages between A.J. and his parents were normal parent-child conversations, showing a mother and father who wanted the best for their son.

The retrial is set to start Monday, Jan. 6. A hearing for the motions regarding the cell phone records will happen on Friday, Jan. 3.

"We're ready to go. I told you awhile ago, we're excited to present this evidence to the 12 jurors. Looking forward, it sounds crazy, but I believe in A.J.'s innocence and I believe there are 12 people out there that are going to find him not guilty," DeToto said.

The defense team won't discuss new strategies but say it's possible the next jury will hear from new witnesses.

"It's expected it's going to take a little bit longer," said Chris Collings, one of A.J.'s attorneys. "It's going to be a little more tedious."